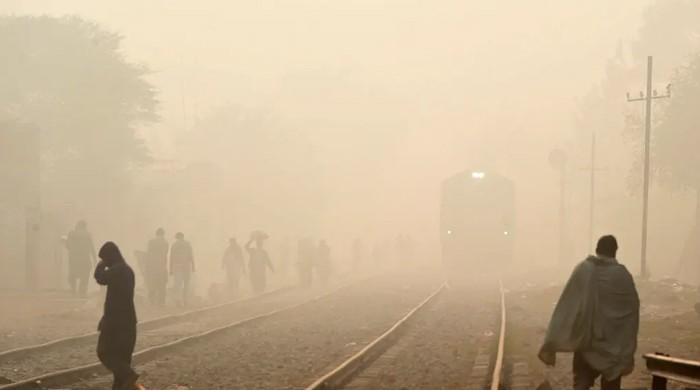 According to IQ Air, Lahore ranked third on the list, only behind Bangladesh’s Dhaka and Kyrgyzstan’s Bishkek.

Lahore recorded a particulate matter (PM) rating of 183 that classifies the city under the “unhealthy” category of air quality.

The United States Environmental Protection Agency regards air quality as satisfactory if the AQI is under 50.

To reduce the smog, the provincial disaster management authority (PDMA) in Punjab has sealed 1,718 brick kilns, 2,658 industries, and impounded 11,782 vehicles till December 12.

The PDMA has arrested 544 people for harming the environment, according to a report by the authority from November 22.

A day earlier, Lahore and Karachi Monday made their way into the top 10 rankings of the cities that have the world’s worst air quality.

Karachi and Lahore recorded a particulate matter (PM) rating of 183 and 170, respectively, that classifies the two cities under the “unhealthy” category of air quality.