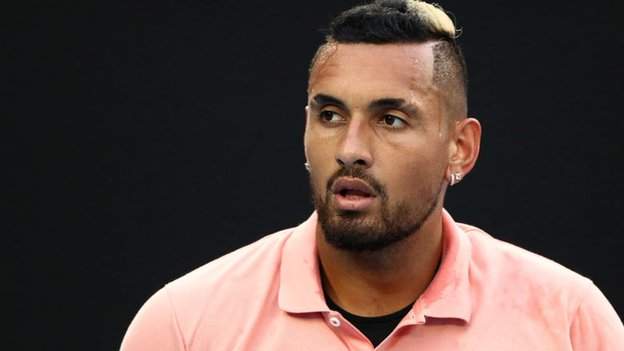 Nick Kyrgios has withdrawn from the US Open because of the coronavirus pandemic, saying it “hurts me at my core” to miss the tournament.

In a video on social media, Kyrgios, 25, also criticised the behaviour of some players during the pandemic.

“Let’s take a breath here and remember what’s important, which is health and safety as a community,” said Kyrgios.

“We can rebuild our sport and the economy, but we can never recover lives lost.”

The world number 40 added: “It hurts me at my core not to be out there competing in one of the sport’s greatest arenas, Arthur Ashe Stadium.

“But I’m sitting out for the people, for my Aussies, for the hundreds and thousands of Americans that have lost their lives, for all of you. It’s my decision.”

Last month, the Australian said the United States Tennis Association (USTA) was “selfish” for staging the New York tournament, which starts on 31 August.

The event is set to be held without fans at Flushing Meadows with players having to follow strict measures.

Kyrgios now says he does not have a problem with the USTA or for players wanting to compete “so long as everyone acts appropriately and acts safely”.

Kyrgios has been a critic of men’s world number one Novak Djokovic’s decision to stage exhibition events during the pandemic, with a number of players who took part then testing positive for the virus, including the Serb.

“Tennis players, you have to act in the interest of each other and work together,” added Kyrgios.

“You can’t be dancing on tables, money grabbing your way around Europe or trying to make a quick buck hosting an exhibition. That’s just so selfish. Think of the other people for once, that is what this virus is about, it doesn’t care about your world ranking or how much money you have.”

Covid: Greater Manchester to move to Tier 3 restrictions from Friday