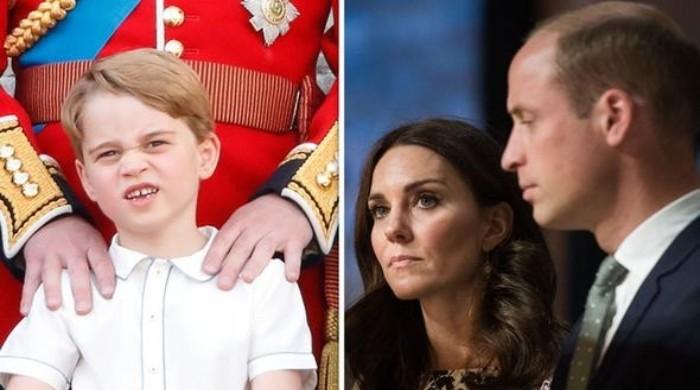 Kate Middleton is a hands-on mother despite being the Duchess of Cambridge.

Although he is destined to succeed the throne and become the King of Britain some day, Kate has tried to give George and all her three kids, a normal childhood.

In lieu of this, William and Kate decided to keep a huge secret from George for as long as possible, according to a royal expert.

William after facing immense pressure as heir to the throne since he was a little kid, decided to not let the same thing affect his son.

Expert Catherine Mayer, author of Charles: The Heart of a King, told E!News, “With George they are trying to delay that moment of realisation and give him normality before they thrust this on him.

“But it will be, nevertheless, part of his upbringing both in terms of what he sees his parents and grandparents doing and probably quite soon a beginning of an understanding that he is in public life and what that means,” she added.

Talking about his first-born child, William said earlier, “There’ll be a time and a place to bring George up and understand how he fits in, in the world.

“We are very normal,” the Duke of Cambridge added.

Josh Hartnett reveals why he stepped back from Hollywood

Princess Diana’s engagement ring, which Prince Harry wanted to keep, given to Kate Middleton by William