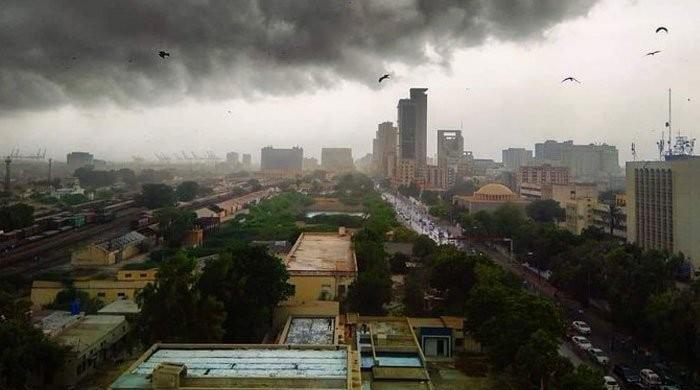 KARACHI: After three days of heavy downpour in the port city, the Met Office has predicted showers in Karachi for today (Sunday) as well.

According to the Met Office, mainly hot and dry weather is expected in most parts of Sindh, with rain expected in Mirpurkhas, Karachi and coastal areas of the province.

The weather in the city is expected to be recorded at a minimum temperature of 26.5°C and a maximum of 35°C.

At least 15 people have lost their lives in the last three days as torrential rains wreaked havoc in the metropolis.

The deceased belonged to different areas of Karachi, rescue officials have said, adding that girls aged six and 13 were amongst the deceased.

Meanwhile, more than 350 electricity feeders of K-Electric tripped during the downpour, disrupting the supply of power and adding to the woes of the people who have already been suffering frequent outages.

Moreover, New Karachi, Surjani, Khuda Ki Basti, and Kathore have been facing a prolonged outage of power, while several blocks in Federal B Area and Gulshan-e-Iqbal also reported power breakdowns.

Govt, opposition bash each other in NA | The Express Tribune