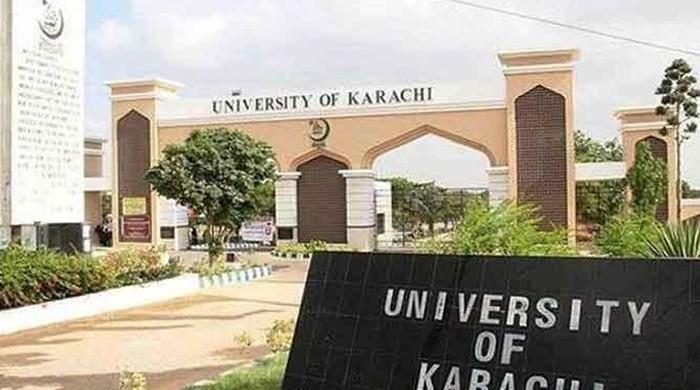 The University of Karachi has announced the result of BA Part-II and Both Parts (Regular) Annual Examination 2019, the varsity said in a statement on Friday.

The KU Controller of Examinations Dr Syed Zafar Hussain said that 6,464 candidates were registered of which 6,291 students appeared in the annual exams.

As per the gazette issued, 773 candidates managed to clear their papers with the first division, 1,830 students cleared the exams with second division while one student was declared pass with third division. The overall passing percentage was 41.39%.

According to the gazette issued, Hareem Siddiqui daughter of Akram Ali, bearing seat number 768307 of Iqra Huffaz Degree College clinched the first position by securing 835 marks out of a total of 1,000 marks.

FM Qureshi urges OIC to raise its voice against Islamophobia