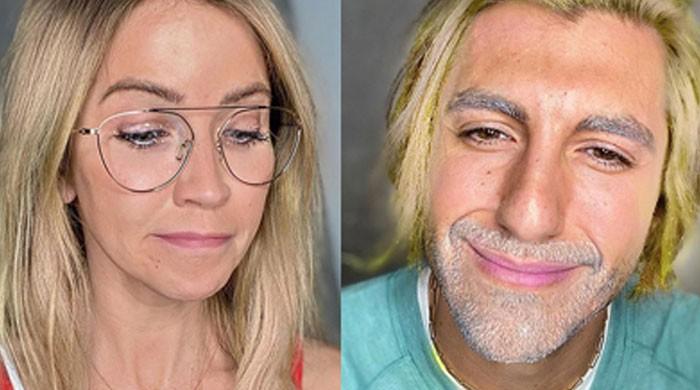 Kaitlyn Bristowe and Jason Tartick went on a whole new level of creativity with their Halloween costumes this year.

The 35-year-old Bachelorette star and boyfriend Tartick dressed up as none other than former flames Jennifer Aniston and Brad Pitt on Halloween.

The lovebirds posted a collage of their pictures side by side and looked exactly like the ex-couple from the Fast Times at Ridgemont High virtual table read that took place earlier this year.

The couple dressed up as Ross and Rachel last Halloween and went all out with Jennifer Aniston and Brad Pitt this year. Reminding her fans of costumes from last year, the Dancing with the Stars contestant captioned her picture, “Jen and Brad > Ross and Rachel.”

Tartick himself shared a video on his Instagram where he amused fans with a recreated scene between Aniston and Pitt from the show. “Hi Aniston,” Tartick says with a smile and Bristowe replies, “Hi Pitt!”

Fast Times at Ridgemont High was the first time that former lovers Aniston and Pitt shared screen space after their divorce in 2005. The marriage that only lasted for five years, is one of the most celebrated in Hollywood.

The show was a collection of cheesy yet sensual dialogues between Aniston and Pitt that sparked frenzy and excitement even amongst other performers on the virtual read.

Hugh Grant Relishes His Darker Role On ‘The Undoing’ : NPR