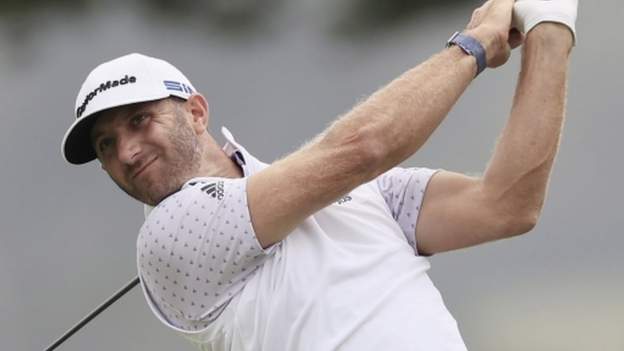 Former world number one Dustin Johnson charged into the lead on a thrilling third day at the 2020 US PGA Championship in San Francisco.

The lead changed hands several times during the penultimate round, with the American hitting eight birdies in a five-under 65 to move to nine under.

Scottie Scheffler also shot a 65 at TPC Harding Park to trail by one with Cameron Champ, who hit a 67.

English compatriots Justin Rose and Tommy Fleetwood are also still in the mix a shot further back on six under par after both posting 70s.

The pair were two shots behind the overnight leader, China’s Li Haotong, whose three-over 73 saw him drop to five under for the week.

Fleetwood was also set to lose ground but claimed two birdies in the final three holes to salvage a level-par 70 and keep himself firmly in contention heading into the final day.