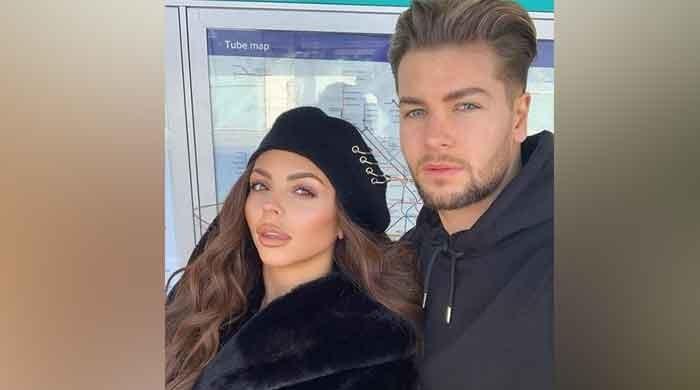 Jesy left fans in shock as she announced on Monday that she was departing the band after nine year.

Taking to Instagram, she wrote: “The truth is recently being in the band has taken a toll on my mental health. I find the constant pressure of being in a girl group and living up to expectations very hard.”

Commenting on her post, Chris wrote “the best” – accompanied by a red heart.

The former Love Island contestant and Jesy started dating back in 2019, though broke up earlier this year.

The singer shared a lengthy note to describe why she left Little Mix, saying: “The past nine years in Little Mix has been the most incredible time of my life. We have achieved things I never thought were possible. From winning our first Brit Award to our sold-out shows at the O2.

She added: “Making friends and fans all over the world, I can’t thank you all enough from the bottom of my heart for making me feel like the luckiest girl in the world. You have always been there to support and encourage me, and I will never forget it.”

“There comes a time in life when we need to reinvest in taking care of ourselves rather than focusing on making other people happy, and I feel like now is the time to begin that process.”

Chris Hughes ex Jesy Nelson also  thanked her bandmates Jade Thirlwall, Perrie Edwards and Leigh-Anne Pinnock – who have said separately that they are “fully supportive” of her decision and will continue as a trio – “for creating some of the most amazing memories I’ll never forget”.