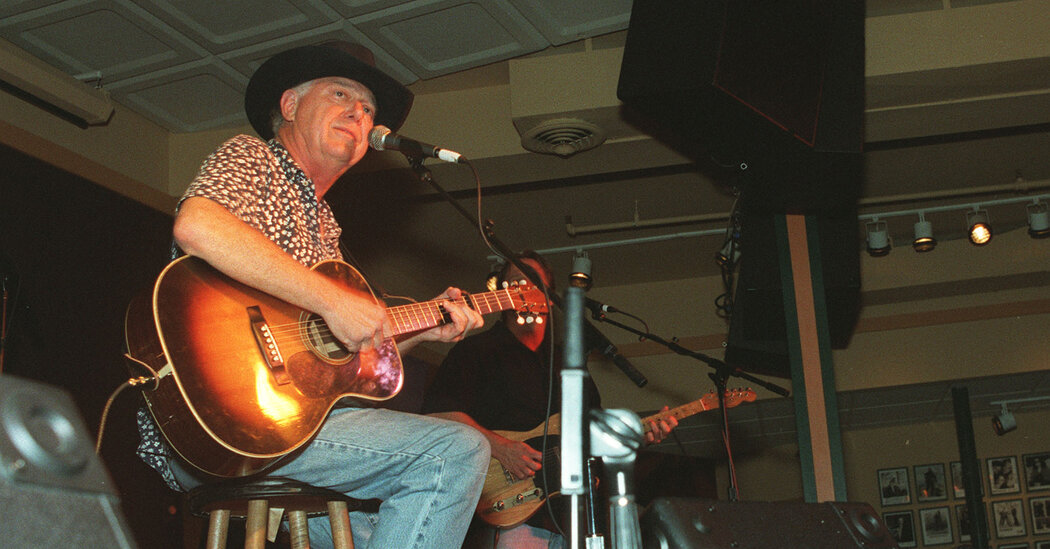 Mr. Walker made three albums for Atco and another for Vanguard Records before relocating in 1971 to Austin. After signing with Decca in 1972, he released an album, titled simply “Jerry Jeff Walker,” which featured an acclaimed version of “L.A. Freeway,” a staple of the Southwestern songwriting canon written by Guy Clark, the Texan singer-songwriter. The next year, Mr. Walker further helped raise Mr. Clark’s profile as a songwriter with his heart-rending cover of “Desperados Waiting for a Train,” another neo-western touchstone written by Mr. Clark.

Mr. Walker toured and recorded extensively throughout the 1970s and ’80s, even as his drinking became unmanageable and he faced mounting debt, including back taxes owed to the I.R.S. With the help of Susan Streit, his wife of 46 years, he gave up liquor and drugs in the late ’70s, put his life back together and eventually settled into the role of elder statesman of the gonzo Texas music scene he had helped create.

In addition to Ms. Streit, Mr. Walker’s survivors include a daughter, Jessie Jane McLarty; a son, Django, who is also a musician; and two grandchildren.

Mr. Walker had been receiving chemotherapy and radiation. In 2017, it was announced that he had donated his music archives, including tapes, photographs and handwritten lyrics, to the Wittliff Collections at Texas State University.

“The mid-’70s in Austin were the busiest, the craziest, the most vivid and intense and productive period of my life,” Mr. Walker wrote in his memoir.

“Greased by drugs and alcohol, I was also raising the pursuit of wildness and weirdness to a fine art,” he wrote. “I didn’t just burn the candle at both ends, I was also finding new ends to light.”