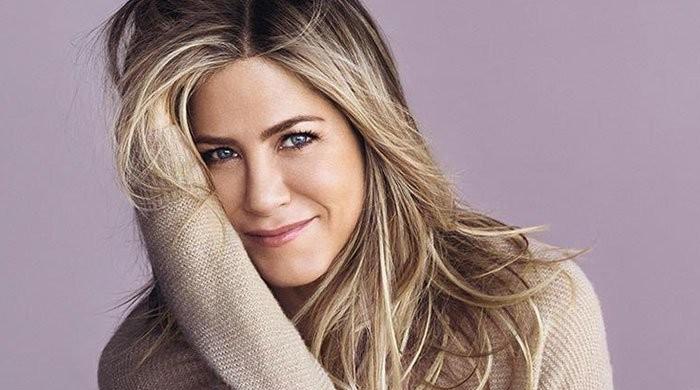 As the Friends actor returned to the sets of The Morning Show, she shared a selfie with her pet dog as well as a mystery man that left fans guessing.

“I see you Clyde. @themorningshow,” wrote Aniston as she showed off her pooch to the world.

However, what fans were more curious about was the mystery man in the picture lying down on the floor.

While the face of the person remained covered, fans didn’t hesitate to jump to conjecture.

Meanwhile, the filming for the Apple TV show finally kicked off after it was initially delayed for two months.

The second season is bringing back Hollywood’s golden girls, Reese Witherspoon and Jennifer Aniston in the hit drama.

Prince Harry, Meghan Markle under fire for ‘selling out’ the monarchy: report