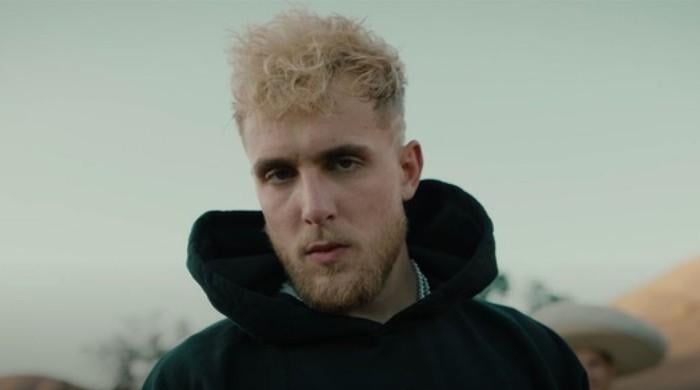 YouTuber Jake Paul after getting his Calabasas residence raided by the Federal Bureau of Investigation (FBI) has broken his silence.

Returning to social media, the internet sensation seemed to have been completely unperturbed by the fiasco that unrolled at his California home earlier this week as he only cryptically referenced the occurrence on his Instagram Story.

Paul plugged his forthcoming fight against Nate Robinson, saying the boxer is ‘in trouble’, followed by a video of himself where is pretending to tap on his phone’s applications along with the caption, “Me logging onto social media this week.”

Users speculate that the latter message may have been an indirect hint at the recent FBI raid.

Public affairs officer with the FBI in Los Angeles, Rukelt Dalberis, disclosed that a federal search warrant was issued to carry out the raid in reference to a presently proceeding investigation.

Additional information about the case is thus far unknown as the warrant affidavit was sealed, concealing all details from the public about why Paul’s home was under investigation.

Paul’s lawyer told TMZ that YouTuber wasn’t present when the raid took place. He further explained: “We understand that a search warrant was executed at Jake’s Calabasas home this morning while Jake was out-of-state. We are still gathering information and will cooperate with the investigation.”

The internet star had been drawing in flak for hosting parties in the midst of the coronavirus pandemic. In a video referencing one of his large soirees, mayor of Calabasas, Alicia Weintraub reprimanded Paul, saying: “It wasn’t just myself who was outraged, it was everyone who saw the video.”

The YouTuber with over 20.2 million subscribers had recently landed in trouble in Arizona where he joined a group of looters at Scottsdale Fashion Square mall back in May and was charged with criminal trespass, in the midst of the surging racial tensions in the United States.

Police issued a statement to Fox News back then, saying: “Following the riots and looting that occurred on the evening of May 30th 2020 at Scottsdale Fashion Square mall, the Scottsdale Police Department received hundreds of tips and videos identifying social media influencer, Jake Joseph Paul (23), as a participant in the riot.”

“Our investigation has revealed that Paul was present after the protest was declared an unlawful assembly and the rioters were ordered to leave the area by the police. Paul also unlawfully entered and remained inside of the mall when it was closed. As a result, Paul has been charged with Criminal Trespass and Unlawful Assembly (both misdemeanor charges),” the statement added.

It remains unclear whether the raid by FBI was in correlation to the previous mall incident or not.