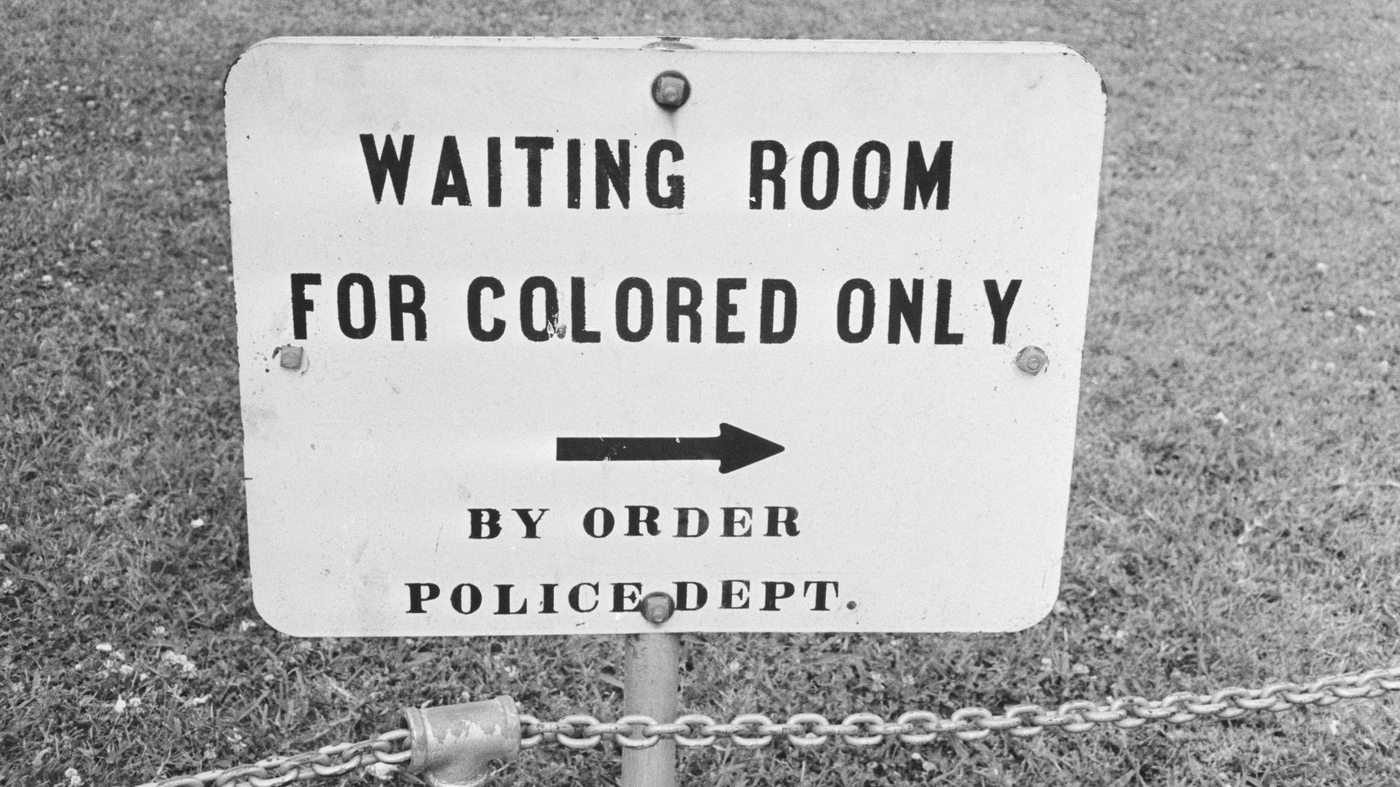 In her new book Caste, Pulitzer Prize-winning journalist Isabel Wilkerson examines the laws and practices that created what she describes as a bipolar, Black and white caste system in the United States. Above, a sign in Jackson, Miss., in May 1961. 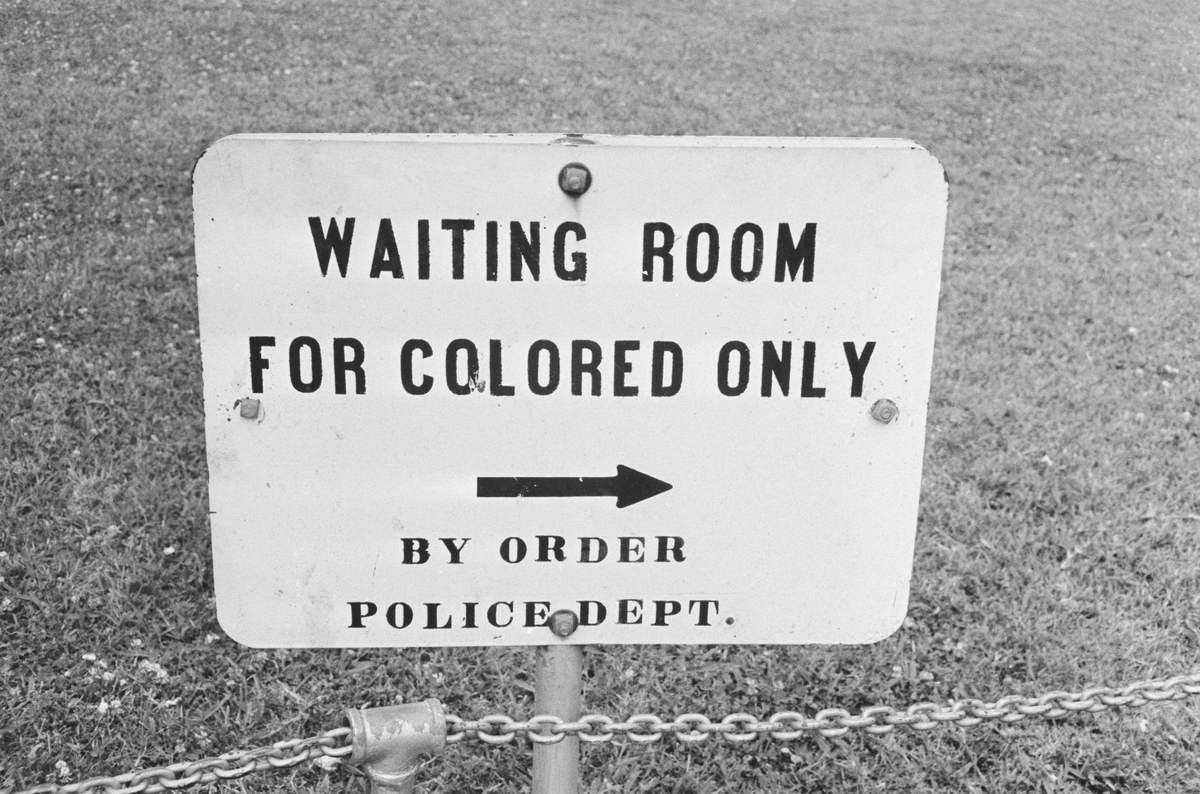 In her new book Caste, Pulitzer Prize-winning journalist Isabel Wilkerson examines the laws and practices that created what she describes as a bipolar, Black and white caste system in the United States. Above, a sign in Jackson, Miss., in May 1961.

Pulitzer Prize-winning author Isabel Wilkerson says racism is an insufficient term for the systemic oppression of Black people in America. Instead, she prefers to refer to America as having a “caste” system.

Wilkerson describes caste an artificial hierarchy that helps determine standing and respect; assumptions of beauty and competence; and even who gets benefit of the doubt and access to resources.

“Caste focuses in on the infrastructure of our divisions and the rankings, whereas race is the metric that’s used to determine one’s place in that,” she says.

Wilkerson notes that the concept of caste has been around for thousands of years: “[Caste] predates the idea of race, which is … only 400 or 500 years old, dating back to the transatlantic slave trade.”

Caste, she adds,”is the term that is more precise [than race]; it is more comprehensive, and it gets at the underlying infrastructure that often we cannot see, but that is there undergirding much of the inequality and injustices and disparities that we live with in this country.”

Wilkerson’s 2010 book, The Warmth of Other Suns, focused on the great migration of African Americans from the South to the North during the 20th century. In her new book, Caste: The Origins of Our Discontents, Wilkerson says that acknowledging America’s caste system deepens our understanding of what Black people are up against in the U.S. 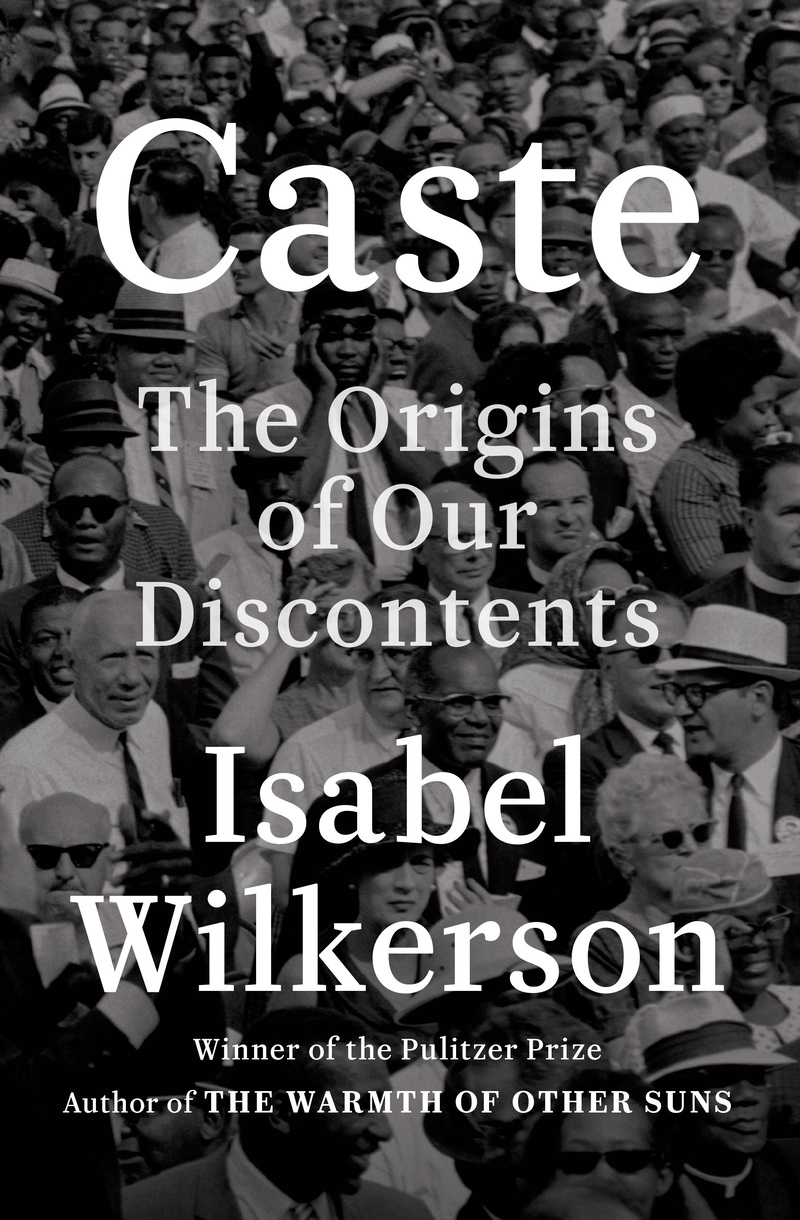 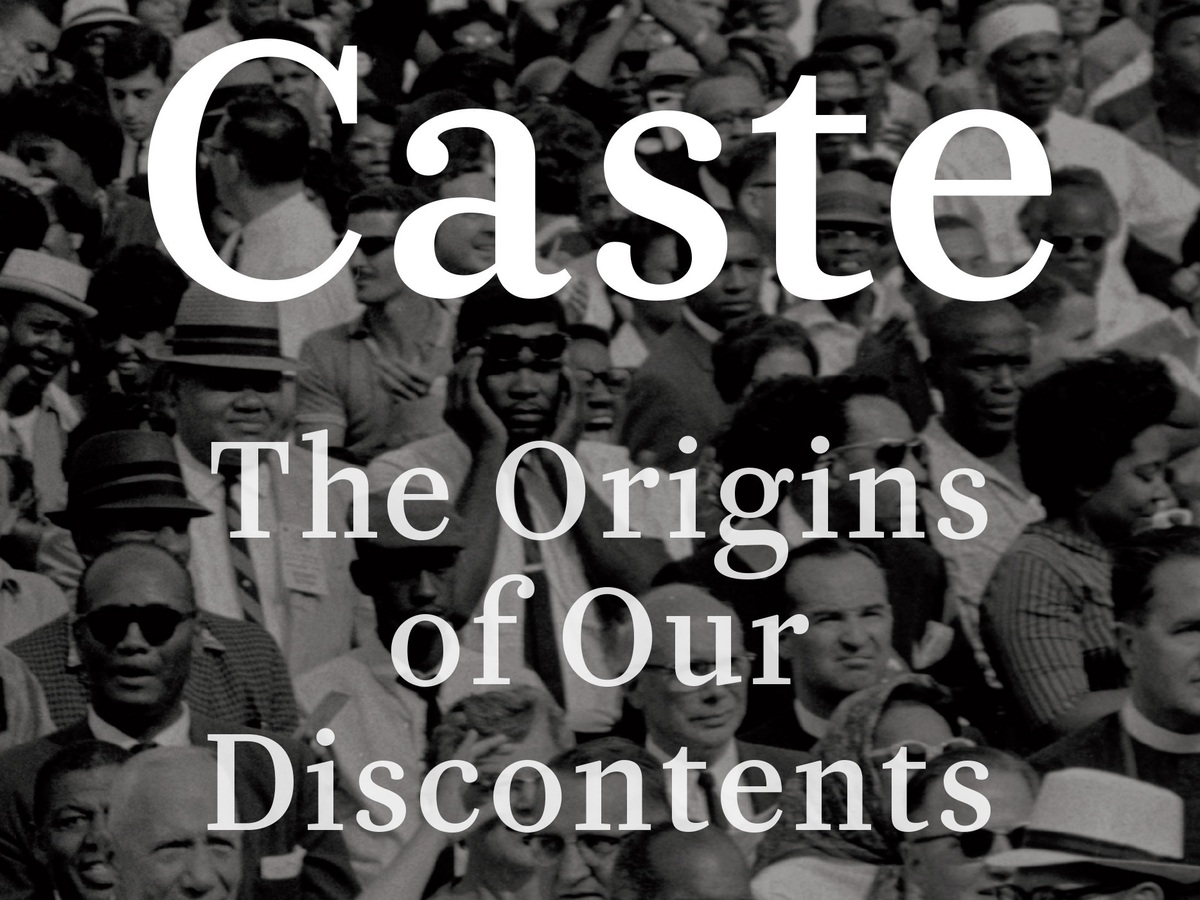 It’s so shocking to our ears, because, of course, we say that there is an entire subcontinent of people who we would view as Black, but what she was saying was that until you come to the United States, they themselves do not see themselves as Black, they are Igbo … or they are Yoruba or whatever it is that they are in terms of their ethnicity and identity.

On how being “white” is an American innovation

It’s an innovation that is only several hundred years old, dating back to the time of the transatlantic slave trade. And that is because before that time, there were humans on the land wherever they happened to be on this planet, and because of the way people were living on the land, they were merely who they were.

They were Irish or they were German or they were Polish or Hungarian, and only [thought of themselves as white] after the transatlantic slave trade, only after people who had been spread out all over the world converged in this one space — the New World — to create a new country, a new culture where all of these people were then interacting and having to figure out how they were going to relate to one another.

There was a tremendous churning at the beginning of the 20th century of people who were arriving in these undetermined or middle groups that did not fit neatly into the bipolar structure that America had created. And at the beginning of the 20th century, there were petitions to the Supreme Court, petitions to the government, for clarity about where they would fit in. And they were often petitioning to be admitted to the dominant caste.

One of the examples, a Japanese immigrant petitioned to qualify for being Caucasian because he said, “My skin is actually whiter than many people that I identified as white in America. I should qualify to be considered Caucasian.” And his petition was rejected by the Supreme Court. But these are all examples of the long-standing uncertainties about who fits where when you have a caste system that is bipolar [Black and white], such as the one that was created here.

On the surprising origin of the term “Caucasian” 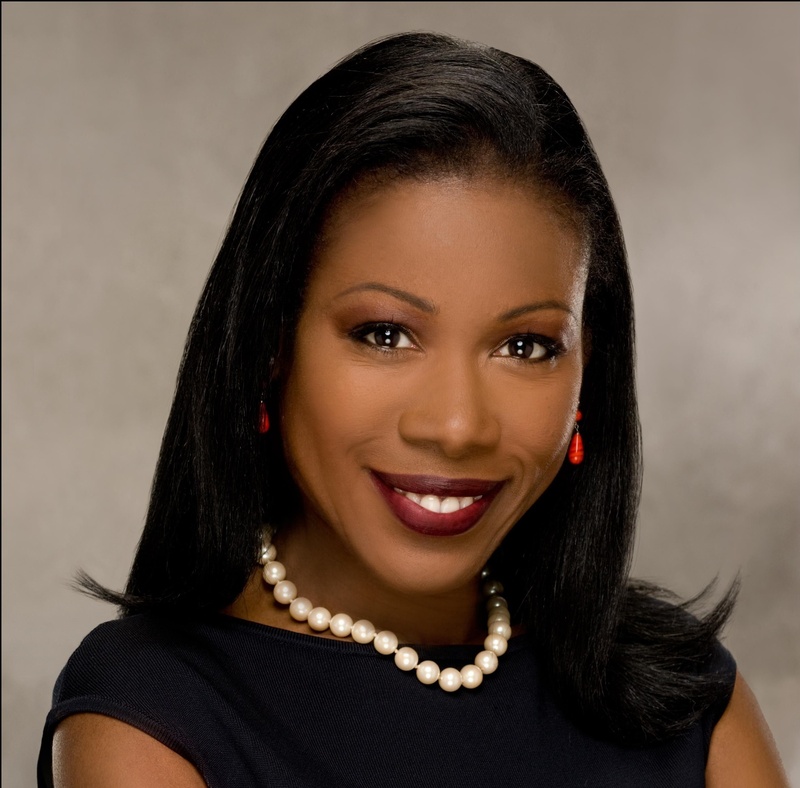 Isabel Wilkerson won National Book Critics Circle Award for her book about the Great Migration, The Warmth of Other Suns. 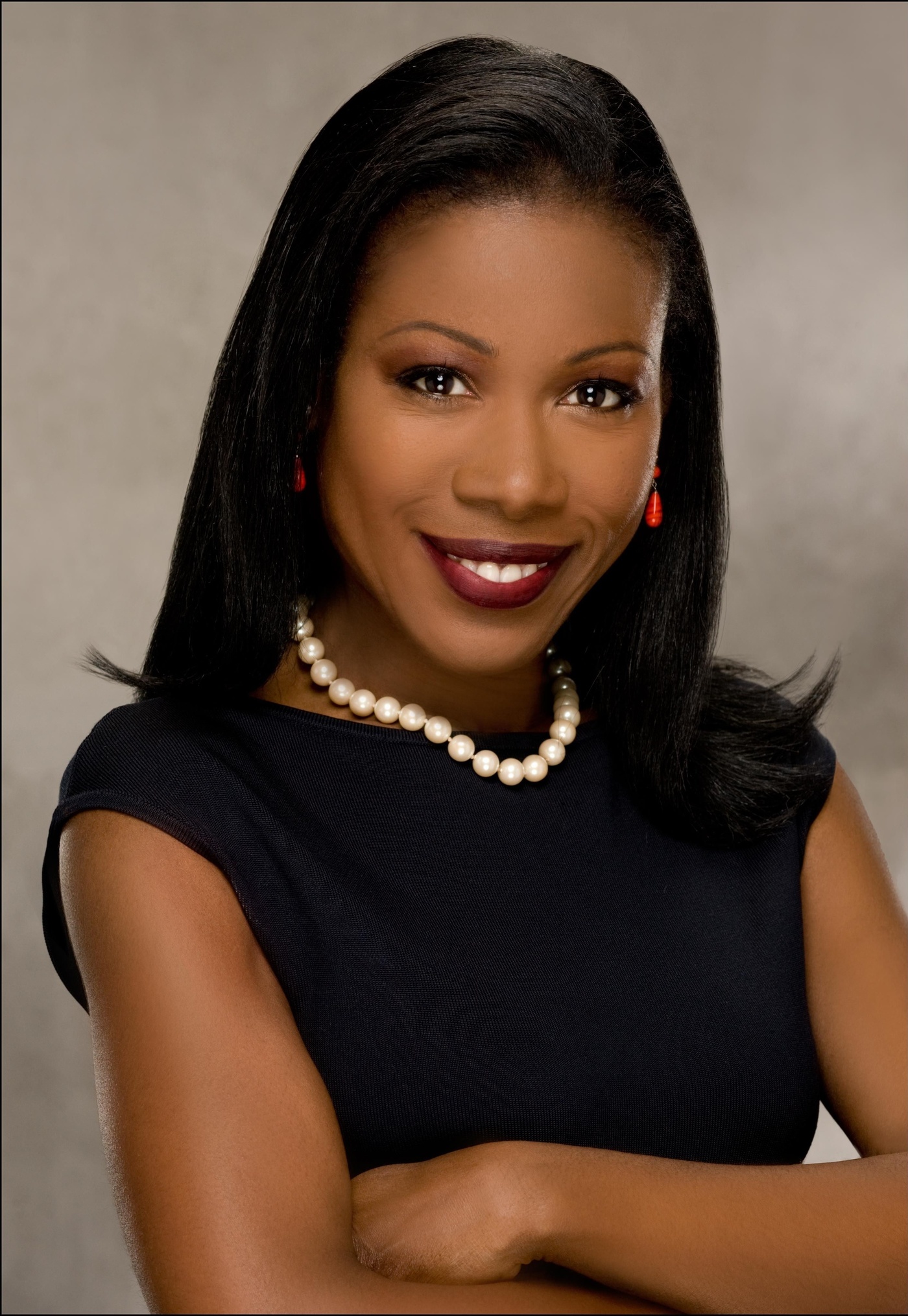 Isabel Wilkerson won National Book Critics Circle Award for her book about the Great Migration, The Warmth of Other Suns.

There was a physician, a German physician in the 18th century who had this obsession with skulls, and he collected these skulls from all over the world and his effort to determine who was supreme in humanity. So he had skulls from all over the world and he identified the most beautiful skulls as having come from the area around the Caucasus Mountains. And as a result of that, because they were, in his view, so beautiful, he decided to identify this skull as Caucasian clearly, and to name the group to which he belonged as Caucasians.

Now, what’s fascinating about that as well is that the very people who were from that region of the world actually are among those who had the most difficult time gaining entry to the United States as citizens as white in the early 20th century, because they did not qualify based upon the preferences for those who were from Northern European ancestry.

On how the U.S. used immigration as a legal way to maintain the caste system

Curating the population means deciding who gets to be a part of it and where they fit in upon entry, and so there is a tremendous effort at the end of the 19th century, the beginning of the 20th century, with the rise of eugenics and this growing belief in the gradations of humankind that they wanted to keep the population closer to what it had been at the founding of the country. And so there was an effort to restrict who could come into the country if they were not of Western European descent.

Tremendous back and forth, tremendous efforts on the part of eugenicists who then held sway in the popular imagination, tremendous effort to keep out people who we now would view as part of the dominant group. It was a form of curating who could become a part of the United States and where they would fit in, and they used immigration laws to determine who would be able to get access to that dominant group.

On why the Nazis studied American Jim Crow laws

I have to say that my focus was not initially on the Nazis themselves, but rather on how Germany has worked in the decades after the war to reconcile its history. But the deeper that I got, and the more that I looked into this, the deeper I searched, I discovered these connections that I would never have imagined.

It turned out that German eugenicists were in continuing dialogue with American eugenicists. Books by American eugenicists were big sellers in Germany in the years leading up to the Third Reich. And and then, of course, the Nazis needed no one to teach them how to hate. But what they did was they sent researchers to study America’s Jim Crow laws. They actually sent researchers to America to study how Americans had subjugated African Americans, what would be considered the subordinated caste. And they actually debated and consulted American law as they were devising the Nuremberg Laws and as they were looking at those laws in the United States.

They couldn’t understand why, from their perspective, the group that they had identified as the subordinated caste was not recognized in the United States in the same way. So that was the unusual interconnectedness that I never would have imagined.

On the Nazi reaction to America’s “one drop rule,” which maintained that a person with any amount of Black blood would be considered Black

That idea of the one drop rule, that was viewed as too extreme to [the Nazis]. It was stunning to hear that. … The Nazis, in trying to create their own caste system, what could be considered a caste system, went to great lengths to really think hard about who should qualify as Aryan, because they felt that they wanted to include as many people as they possibly could, ironically enough, and as they looked at the United States, it did not make sense to them that a single drop of Black blood would make someone Black, that they could not and did not accept. And in defining and creating their own hierarchy, they ended up coming up with a different configuration that actually encompassed more people into the Aryan side than would have been considered than the equivalent would have been in the United States.

Sam Briger and Thea Chaloner produced and edited the audio of this interview. Bridget Bentz and Molly Seavy-Nesper adapted it for the Web.