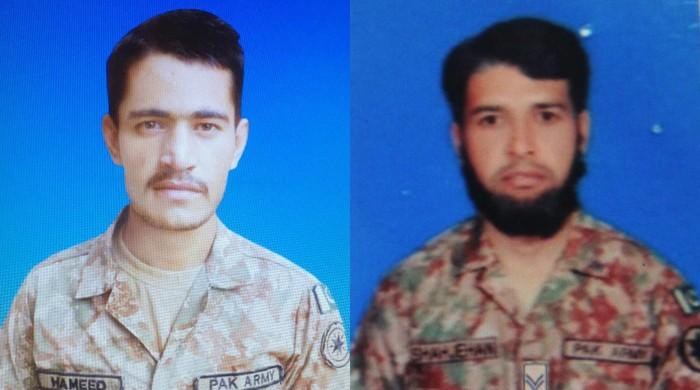 The Inter-Services Public Relations (ISPR), in a statement, said that the Pakistan Army had given a befitting response to India’s firing that had reportedly resulted in heavy losses to Indian troops.

During intense exchange of fire the two soldiers who embraced martyrdom were identified as:

Naik Shahjahan, who was 35 years old; and

Sepoy Hameed, who was 21 years old.

Last week, a senior Indian diplomat was summoned at the Ministry of Foreign Affairs to register Pakistan’s strong protest over ceasefire violations by the Indian forces along LoC on December 09, resulting in serious injuries to an innocent civilian.

Condemning the deplorable targeting of innocent civilians by the Indian occupation forces, it was underscored that such senseless acts are in clear violation of the 2003 Ceasefire Understanding, and are also against all established humanitarian norms and professional military conduct.

It was added that by raising tensions along the LoC and the Working Boundary, India cannot divert attention from the grave human rights situation in the Indian Occupied Jammu and Kashmir (IOJK).

IT minister prepares draft law for to ‘protect Pakistani consumers’

Petrol prices in Pakistan raised for rest of January