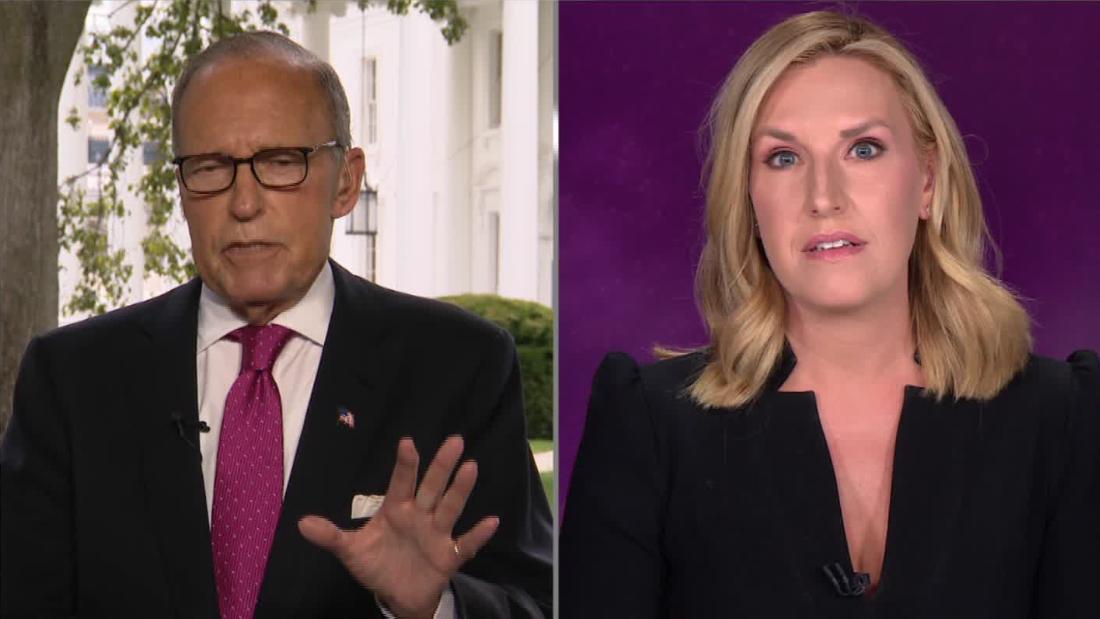 That’s the logic Larry Kudlow, the White House’s Director of the National Economic Council, and the Trump administration subscribe to. In a testy back and forth with CNN’s Poppy Harlow, Kudlow said Republicans want to scale back the $600 weekly supplemental unemployment insurance benefit in a bill or executive action that would renew the expired emergency provision.

“I think it is a disincentive to go back to work,” Kudlow said of the checks. “We think we can create a much better balance to provide incentives to come back to work.”

Kudlow cited a recent University of Chicago study as evidence backing the claim. The study found two-thirds of people receiving emergency unemployment benefits are making more money on unemployment than they were when they were working.

But Harlow promptly disputed Kudlow’s interpretation of the study.

“Larry, the University of Chicago survey … doesn’t conclude what you’re arguing,” Harlow said. “I talked to the author of the study last night.”

Harlow noted the study’s authors pushed back on conclusions that the $600 checks discourage returning work, arguing there is no evidence to support that claim.

“You brought them up,” Harlow retorted. “I was responding with the study that you cited.”

But Republicans don’t want to get rid of the emergency benefit entirely. They suggest phasing out the $600 checks by bumping the amount down and offering re-employment bonuses to people who return to work. They also favor a payroll tax cut, which they argue would itself serve as a kind of employment bonus.

“Larry, it’s not safe! It’s not safe for a number of people to go back to work,” Harlow responded.

Kudlow said federal guidelines should make workplaces safe, including social distancing, wearing masks, testing and proper hand washing. But he said a federal mask mandate is unnecessary, citing cases leveling off in some coronavirus hotbeds in the South.

Opinion: The perfect metaphor for Trump’s treatment of his loyal supporters