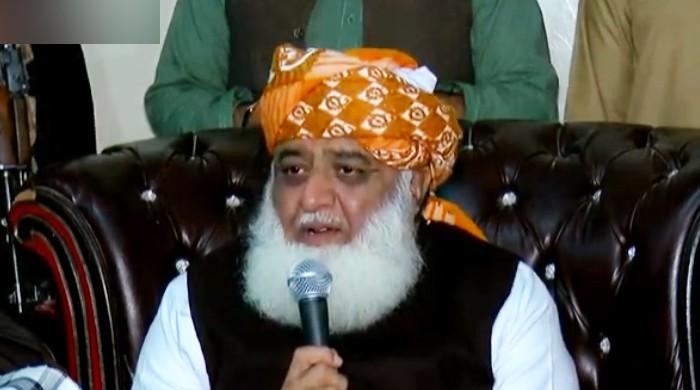 PESHAWAR: Chief of the Pakistan Democratic Movement (PDM) Fazlur Rehman on Saturday lashed out at the PTI saying the incumbent government was a “big corona” itself, a day after the 11-party alliance was not given permission to hold a rally in the city due to coronavirus concerns.

The PDM chief said that the time has come for “Pakistan’s Trump” to be “removed” from office — in a reference to US President Donald Trump, who failed in his re-elected bid in November 3 polls.

“A historic rally will take place tomorrow in Peshawar,” he vowed, adding that the next rally will be held on November 26 in Larkana which his party, the Jamiat Ulema-e-Islam (Fazl), will host.

Fazlur Rehman said that the Opposition will not allow the government to rest at any juncture in the movement. He said another rally will take place on November 30 in Multan.

Speaking of the government’s warnings against holding rallies, he said that they found no other excuse, so started raising a hue and cry about the spread of coronavirus.

“This illegitimate government itself is a big corona,” he said.

The PDM chief said that the Opposition’s campaign against the government has reached its peak and that the organisational structure of the movement is now complete.

FM Qureshi urges OIC to raise its voice against Islamophobia