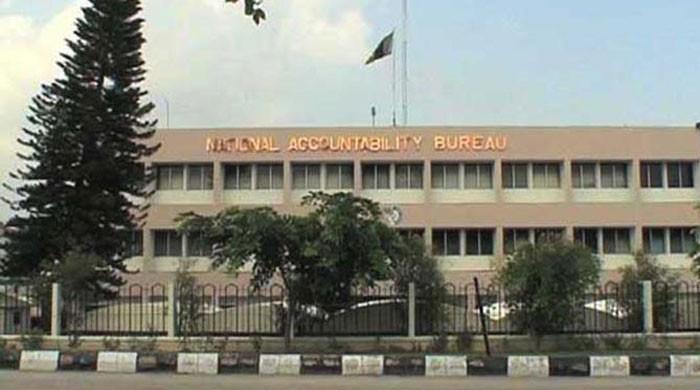 A rights watchdog on Thursday slammed the “draconian and arbitrary” powers given to the “dictatorship-era body”, referring to the National Accountability Bureau (NAB), and urged the Pakistani government to stop using the institution to harass and intimidate opponents.

In a statement, the Human Rights Watch (HRW) said that the government should follow up on the 87-page detailed verdict of the Supreme Court of Pakistan in the Khawaja brothers bail petition case.

“The court granted the men bail and criticized the NAB for showing ‘utter disregard to the law, fair play, equity and propriety,’ ruling that the ‘case was a classic example of trampling of fundamental rights [and] unlawful deprivation of freedom’,” read a statement from the HRW.

Referring to the judgment, Brad Adams, Asia director at Human Rights Watch, said that the apex court’s decision “is just the latest indictment of the NAB’s unlawful behavior”.

In its decision, the Supreme Court had expressed concern about the use of the NAB as an instrument to target government opponents. The court cited a February report by the European Commission that criticized the NAB for bias, noting that “very few cases of the ruling party ministers and politicians have been pursued since the 2018 elections, which is considered to be a reflection of NAB’s partiality.”

The Supreme Court Bar Association and the Pakistan Bar Council, the top elected bodies of lawyers in the country, had welcomed the Supreme Court’s decision and criticized the NAB as “a tool for arm-twisting of political opponents.” In February, both bodies said they “strongly condemn” the summons issued to an opposition leader, Bilawal Bhutto, calling it an “act of political victimization.” In March, the chief justice of the Islamabad High Court ruled that the NAB had made arbitrary use of its arrest powers.

The National Accountability Bureau also arrested Mir Shakil-ur-Rehman, editor-in-chief of the Jang Group and Geo Television Network, the largest media group in Pakistan, in Lahore on March 12 on charges relating to a 34-year-old property transaction. He has remained in the agency’s custody ever since without being found guilty of any crime.

In another example of harassment, the NAB court summoned the former president and opposition leader Asif Ali Zardari to appear in person to record a statement, denying his request to record a statement through a video link because of his ill-health and Covid-19. Zardari previously spent 11 years in prison – more than half in NAB custody – without a conviction.

In December 2018, Mian Javed Ahmed, a professor at University of Sargodha, died in NAB’s custody. Dr. Mujahid Kamran, the former vice-chancellor of the Punjab University, who was arrested by the NAB on allegations of illegal appointments at the university, described NAB detention centers as “torture cells.”

“Pakistani authorities should uphold the government’s human rights obligations,” Adams said. “Pakistan’s parliament should amend or repeal the NAB ordinance to ensure that the principles of fair trial, due process, and transparency are not compromised on the pretext of accountability.”

Shaniera Akram speaks up against sexual abuse in Pakistan