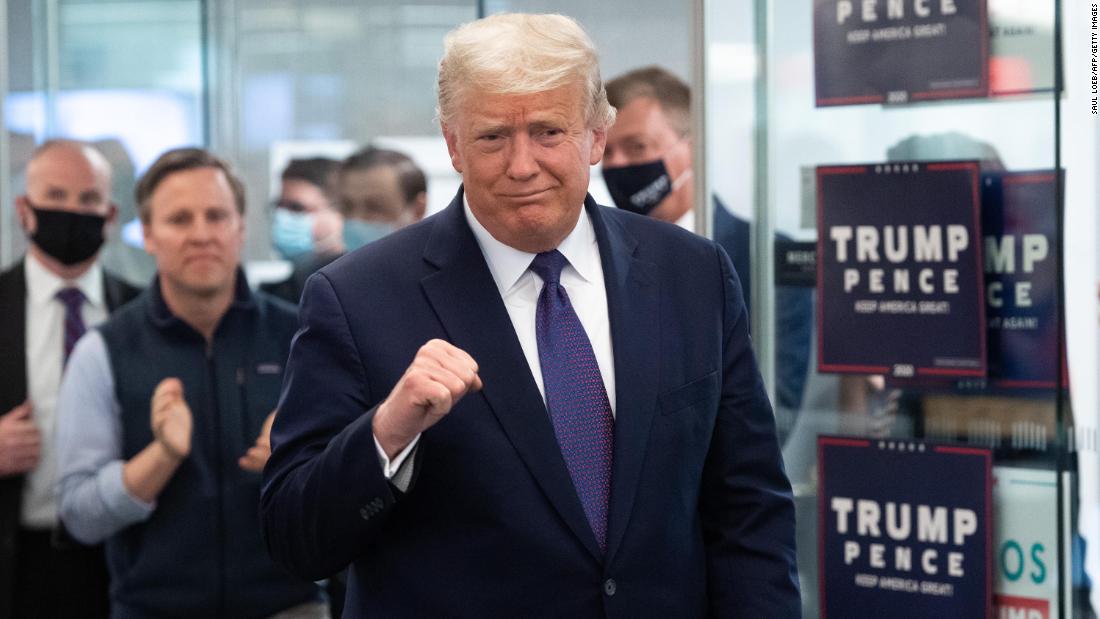 But the legal fine print on each shows that a new Trump fundraising arm, Save America, actually will get the first cut of any money that comes in. And because spending rules for leadership PACs are so loose, campaign-finance experts warn that Save America could easily become a political slush fund for Trump and those close to him.

Here’s a closer look at the President’s recent fundraising efforts and his new fundraising vehicle Save America:

Save America is a leadership PAC that Trump launched less than a week after the election.

In an email to CNN earlier this month, Trump campaign spokesman Tim Murtaugh said Trump “always planned” to create a leadership PAC “win or lose, so he can support candidates and issues he cares about, such as combating voter fraud.”

Team Trump has been on a fundraising spree in recent weeks, sending more than 330 fundraising emails and 92 text messages to supporters since 11 p.m. ET on Election Night.

The current solicitations direct the first 75% of each contribution up to $5,000 to Save America. Only after that threshold is met does money go into the campaign’s recount account.

Additionally, 25% of the funds go to the Republican National Committee’s operating account.

Leadership PACs are political action committees generally established by current and former politicians to raise money and to curry influence with others.

Political figures use these PACs donate to other candidates, helping maintain their profiles and build leverage within their own party. But they also have become vehicles for a campaigns-in-waiting, funding polling, staff and travel. Save America could become an avenue for Trump to continue funding political operations as he weighs a future presidential bid in 2024.

Are there fundraising limits on leadership PACs?

Yes, but fundraising limits are higher for leadership PACs than candidate committees.

An individual donor can contribute up to $5,000 a year to a leadership PAC — allowing a politician to collect up to $20,000 over a four-year period from a single contributor. By contrast, that same donor could only give a maximum of $2,800 at this point for a 2024 presidential campaign.

Does Trump have to spend the money in the leadership PAC on election challenges?

No. The rules on spending by leadership PACs also are far more relaxed than those for campaign committees and do not restrict politicians from using donors’ funds for personal expenses — a use forbidden in a presidential campaign account.

It’s one reason campaign-finance experts say donors should be leery of what they view as a Trump campaign bait-and-switch tactic: soliciting funds for legal challenges and instead first routing the money to his leadership PAC.

Ryan said few restrictions apply on the PAC’s spending. Should they choose to do so, Trump and his family members could draw salaries from Save America funds or direct its donors’ money to his businesses by hosting PAC events at a Trump-owned properties.

“This money could easily — and legally — end up in his own pocket in the coming years,” Ryan said. And even after the long-shot legal challenges to the 2020 election end, Trump “could tease a 2024 run for years and continue milking his supporters for contributions to this slush fund,” he added.

Under federal election rules, Save America will have to file its first public report detailing fundraising and spending Dec. 3, but it will only cover the first fews weeks of its operations.