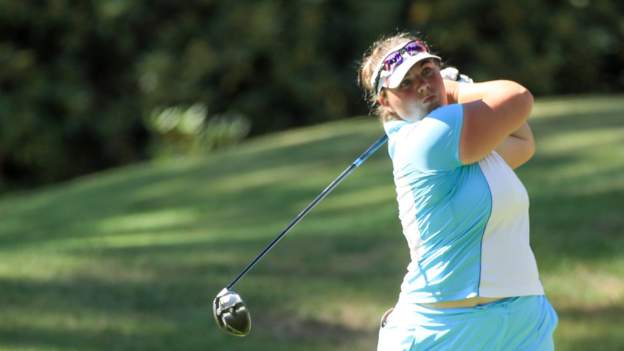 England’s Alice Hewson retains the lead going into the last day of the Rose Ladies Series’ three-day finale, with Charley Hull one shot behind.

Liz Young – one of the series organisers – also finished one under.

Young has organised the series alongside men’s pro Justin Rose and his wife Kate.

It was set up to provide competitive action for female professionals after the Ladies European Tour was suspended in March because of the coronavirus pandemic.

The three-day grand final comes after seven one-day tournaments were played in England in June and July.

The final round, for which the top 35 and ties made the cut, takes place at Wentworth on Friday.