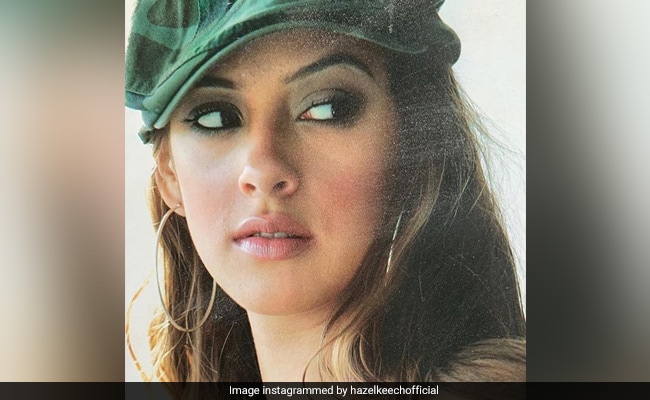 Actress Hazel Keech, who is best known for her role in the 2011 film Bodyguard, revisited her modelling days on Thursday and shared a blast from the past on Instagram. Hazel posted a throwback picture from her “first modelling shoot” in India. The actress, born and brought up in London, worked as an extra in a couple of international projects such as the first three installments of the Harry Potter series, which featured Daniel Radcliffe, Emma Watson and Rupert Grint in lead roles, before she started working in the Indian entertainment industry. Sharing the throwback photo from the year 2006, Hazel Keech wrote: “Throwback Thursday to my first modelling shoot in India, 2006. Thanks for this Mum (luckily mum keeps my photos).”

In the picture, Hazel can be seen sporting an olive-green top with a matching cap. Check it out here:

Before venturing into the film industry, Hazel was working as a model in TV commercials. She made her acting debut in the Indian film industry with the 2007 Tamil movie Billa. Last month, she shared a still from the 2007 film. In the picture, she can be seen shooting the track Sei Ethavathu of the film. “Wow! Found this major throwback from 2006/7. This is a still of me shooting the song Sei Ethavada (excuse the spelling) from the Tamil film Billa,” Hazel wrote in the caption.

Hazel’s first Hindi film was Salman Khan’s Bodyguard. She has also appeared in song sequences in films such as Maximum, Dharam Sankat Mein and Baankey Ki Crazy Baraat. The actress has also featured in a couple of TV reality shows.