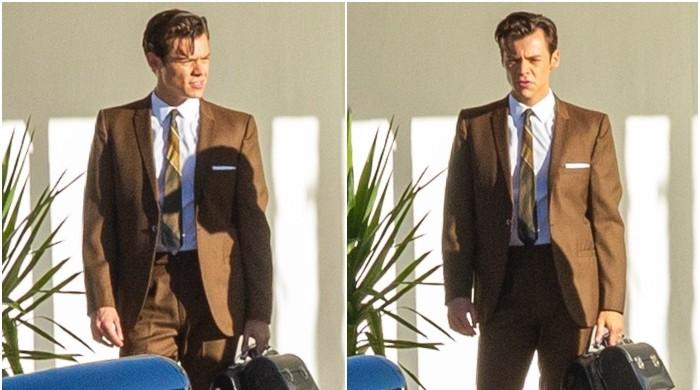 British singer and actor Harry Styles left his fans with bated breath as new photos from the set of his next film emerged on the internet.

The new photos of the former One Direction member from the set of Olivia Wilde’s Don’t Worry Darling show the actor radiating the ‘picture-perfect husband’ vibes from the 1950s.

With his signature chestnut curls slicked back for a change, the Watermelon Sugar singer looked dapper as he rocked a brown suit.

As for the Wilde-directorial, Deadline earlier reporter that it was a “psychological thriller which is set in an isolated, utopian community in the 1950s California desert.”

Apart from Styles, the film also stars Florence Pugh who essays the role of an “unhappy housewife (Alice) who slowly begins to question her own sanity when she starts to notice strange occurrences.”

The Dunkirk actor’s character, Jack, loves his wife “but is hiding a dark secret from her.”