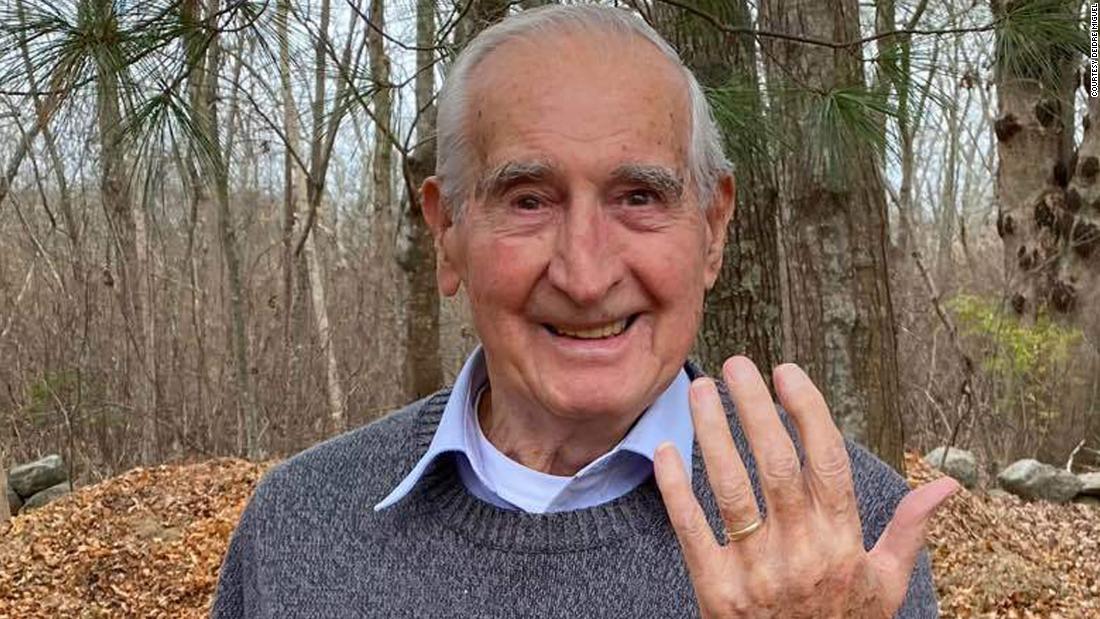 The 93-year-old Rhode Island native said he spends a lot of time outside his Westerly home clearing leaves from his yard.

He’d been doing just that one Saturday when he realized the wedding band he’d been wearing for 71 years was gone. “First time in 71 years that ring was off my finger,” Crowley told CNN. “I really missed it.”

Crowley built the house as a wedding gift for his late wife Mary when they got married. “It must have slipped off when I took off my gloves,” said Crowley, adding that it was already dark outside. He was beside himself and the first thing he did was call his daughter Deidre Miguel.

Miguel, a nurse, said she could tell her father was upset. She immediately wanted to help find the missing ring.

“My mother passed away six years ago,” said Miguel, “and that made it even harder. If she was still around, she would just say ‘Don’t worry about it!’ but that ring is their bond right now.”

Miguel said she grew up near the beach in Westerly, and because of that she knew people have metal detectors. That’s when she thought to post on Westerly’s Facebook group asking if someone with a metal detector could help look for her father’s wedding band.

Ryan Ledbetter responded immediately. “I have the Cadillac of metal detectors,” he said.

The following morning, Ledbetter paid a visit to Crowley’s house. Ledbetter said he was getting ready to put his metal detector away for the season just before he saw the Facebook post, but knew he had to help since he had the right tool.

Crowley and Ledbetter looked together, going over the parts of the yard Crowley had worked on the day before for 30 to 40 minutes without any luck. But Ledbetter then spent another 10 minutes or so searching and found the wedding band.

The plan now is to have the ring resized to better fit her dad’s finger, said Miguel.

Snow blindness can sneak up on you, but prevention is easy