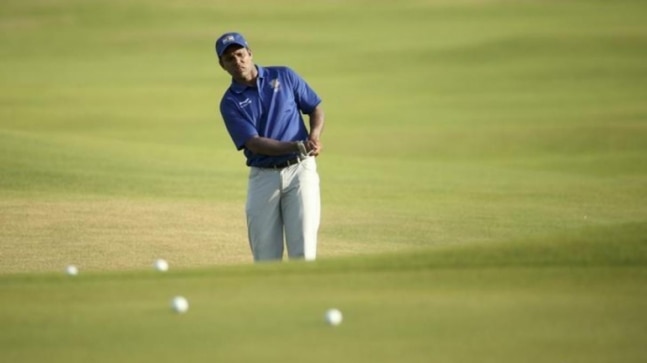 SSP Chawrasia had started training at the Royal Calcutta Golf Course and was slated to fly to England this week before he contracted the coronavirus.

Ace Indian golfer SSP Chawrasia on Sunday said he has tested positive for COVID-19 and is in home quarantine in Kolkata, the result spoiling his plans to compete on the European Tour.

A four-time winner on the European Tour, including back-to-back Indian Open triumphs in 2016 and 2017, Chawrasia had started training at the Royal Calcutta Golf Course and was slated to fly to England this week.

“I did not have any symptoms as such. But for immigration requirement, I had to do the COVID test and the report came positive on Friday. I’ve been in home quarantine since then,” the 42-year-old told PTI.

“I’m taking multi vitamins and doing perfectly alright but now I will have to wait and see. It depends how long it takes to recover totally,” he said about his resumption plans.

His wife Simantini will be tested on Tuesday.

Shubhankar Sharma is the only other Indian participating in Europe at the moment, with events in India and on Asian Tour on hold.