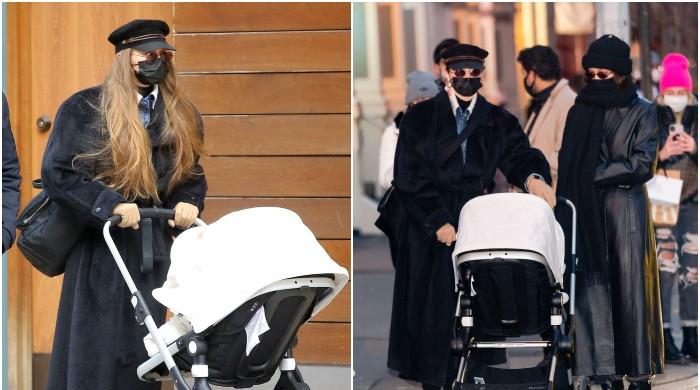 American supermodel Gigi Hadid had all eyes on her as she stepped out with her daughter in New York during their first public outing.

Photos of the mother-daughter strolling the streets of NYC have been circulating all over the internet with the fashion icon dropping jaws in her effortlessly chic look.

The new mum, 25, wore an all-black attire with an oversized coat and a denim shirt peaking from underneath. She also rocked a newsboy cap with combat boots, tinted shades and a black face mask.

Accompanying her and her daughter was her sister Bella Hadid who also wore an all-black ensemble with a leather overcoat, a black beanie hat, and a black knit scarf wrapped around her neck, covering half of her face.

Hadid has stayed low-key ever since she and her beau Zayn Malik welcomed their daughter back in September.

Gigi Hadid has ‘settled into being a new mom with perfect ease:’ source

The truth behind the toxicity of Kim Kardashian, Kanye West’s ‘nasty blowups’ revealed