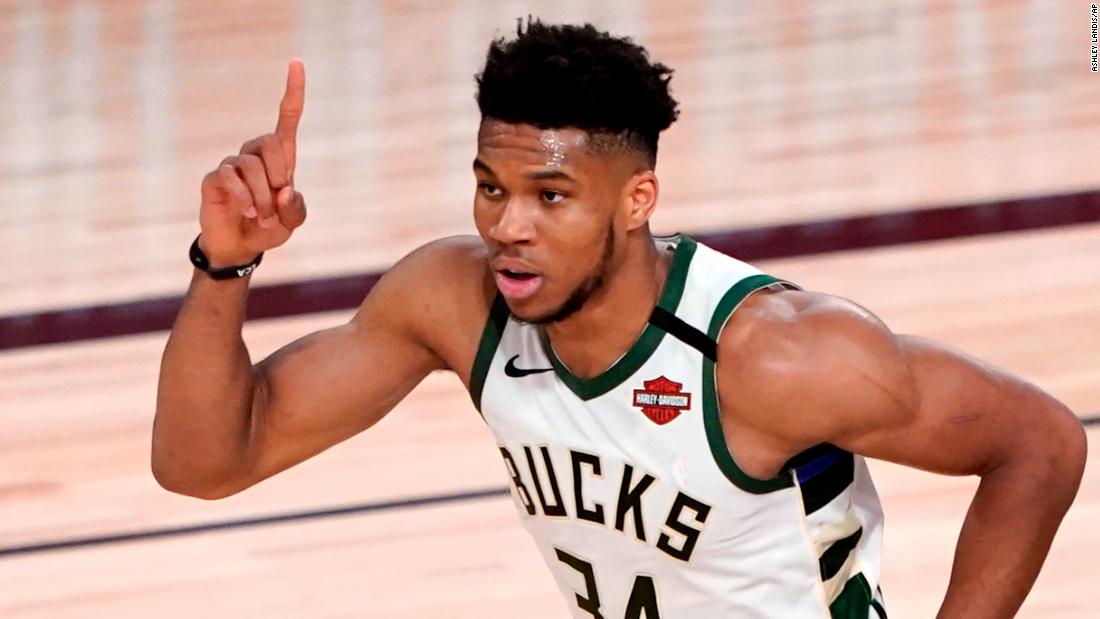 NBA superstar Giannis Antetokounmpo agreed to sign a five-year contract extension with the Milwaukee Bucks on Tuesday. The supermax deal is worth $228.2 million and is the largest deal in NBA history, The Athletic’s Shams Charania reports.
Including the final year remaining on his current contract, Antetokounmpo will earn $256 million over the next six seasons, Charania reported. Antetokounmpo’s agent Alex Saratsis told ESPN’s Adrian Wojnarowski that the deal includes a player opt-out option after the fourth year.
“This is my home, this is my city,” Antetokounmpo, 26, posted on social media on Tuesday. “I’m blessed to be able to be a part of the Milwaukee Bucks for the next 5 years. Let’s make these years count. The show goes on, let’s get it.”

If the team failed to sign Antetokounmpo to an extension, he would’ve entered next summer as an unrestricted free agent.

There was some speculation after the Bucks were knocked out of the 2020 NBA Playoffs by the Miami Heat that Antetokounmpo may consider leaving for another franchise. His signing the supermax extension puts those fears to rest for at least the short term.

Antetokounmpo is coming off a career year where he won the NBA’s Most Valuable Player and Defensive Player of the Year awards — a feat only accomplished by Michael Jordan and Hakeem Olajuwon. He also averaged career highs in points (29.5 points per game) and rebounds (13.6 rebounds per game) while dishing out 5.6 assists.

Antetokounmpo has led the Bucks to the best record in the league for two seasons in a row. However, the Bucks fell to the Toronto Raptors in the 2019 NBA playoffs and the Miami Heat in the 2020 NBA playoffs.