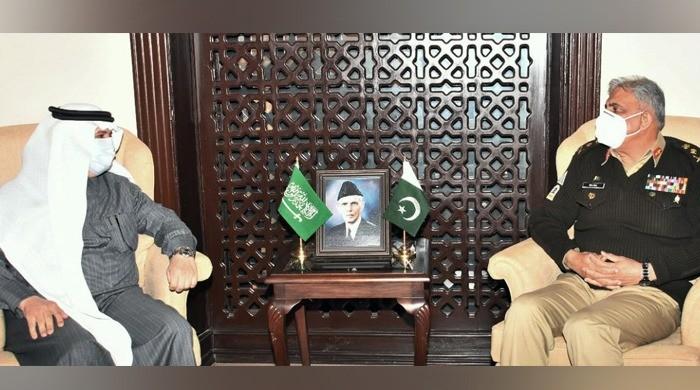 Pakistan’s Chief of Army Staff (COAS) General Qamar Javed Bajwa on Tuesday had a meeting with the Ambassador of the Kingdom of Saudi Arabia (KSA) Nawaf Saeed Al Malkiy.

“During the meeting, the two leaders discussed several important issues, including the regional security situation and bilateral defence relations between the two brotherly countries,”  a statement released by the Inter-Services Public Relations (ISPR) read.

The army chief also had a meeting with the High Commissioner of Sri Lanka to Pakistan Vice-Admiral Mohan Wijewickrama (retired).

During the interaction, matters of mutual interest between the two countries, including regional security and enhanced bilateral cooperation, were discussed. The High Commissioner appreciated Pakistan’s role in regional stability and progress made in the fight against terrorism.

49% Pakistanis say they will not get coronavirus shot, survey reveals