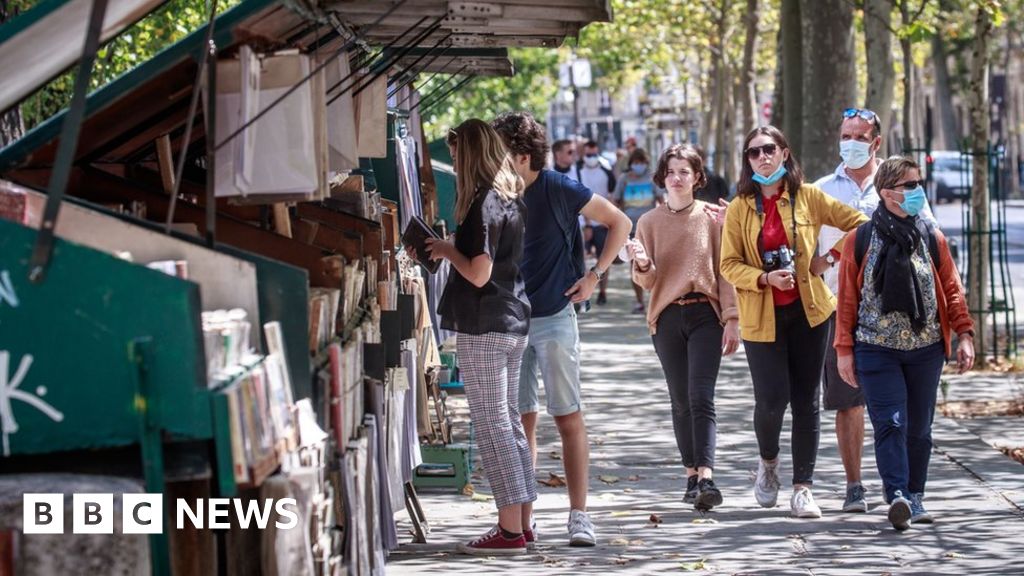 France has recorded its highest number of daily coronavirus infections in more than two months.

With more than 30,000 deaths, France has the third-highest death toll in Europe, behind the UK and Italy.

The city of Toulouse has introduced new rules requiring face masks in its busiest streets, with Paris and a number of other cities expected to follow suit.

France is not the only European nation to witness a resurgence in cases since lockdown measures were eased.

On Wednesday, Spain reported its highest number of new cases since it began easing lockdown restrictions in June, with 1,772 infections.

The news came as Switzerland became the latest country to announce quarantine measures for travellers arriving from Spain, although its rules do not apply to travellers returning from the Canary and Balearic islands.

Last month, the UK removed Spain from its list of countries exempt from quarantine, meaning that people coming from any part of Spain must self-isolate for 14 days.

Separately, Germany will now require all travellers returning from the Belgian city of Antwerp to quarantine, after the German disease control agency declared the city “a risk zone”.

And Greece recorded its highest single-day increase in cases in weeks, with 124 new infections in the last 24 hours, despite having fared relatively well in spring. Prime Minister Kyriakos Mitsotakis told Greeks they would need to adhere to strict restrictions, and warned against “complacency”.

What’s happening elsewhere in the world?

In Afghanistan, a sample survey has found that almost a third of the population – or around 10 million people – may have been infected with coronavirus, according to the country’s health minister.

The findings were the result of antibody testing carried out on 9,500 people from across the country, with the support of the the World Health Organization and Johns Hopkins University.

Minister Ahmad Jawad Osmani said the majority of cases had been found in cities, with the capital Kabul worst affected. Many cases are believed to have been asymptomatic.

Afghanistan has officially recorded around 36,000 infections and 1,200 deaths, but cases are believed to be massively underreported due to poverty and a health system strained by decades of conflict.

In Brazil, meanwhile, a leading indigenous figure has died of complications from Covid-19.

Yawalapiti chief Aritana had fought to protect the Amazon and for the rights of indigenous groups. He tested positive for coronavirus in July and was later transferred to intensive care.

Indigenous communities have been badly affected by the coronavirus outbreak in Brazil.

The country has the second-highest number of deaths and infections worldwide, with close to 96,000 fatalities and 2.8 million infections.