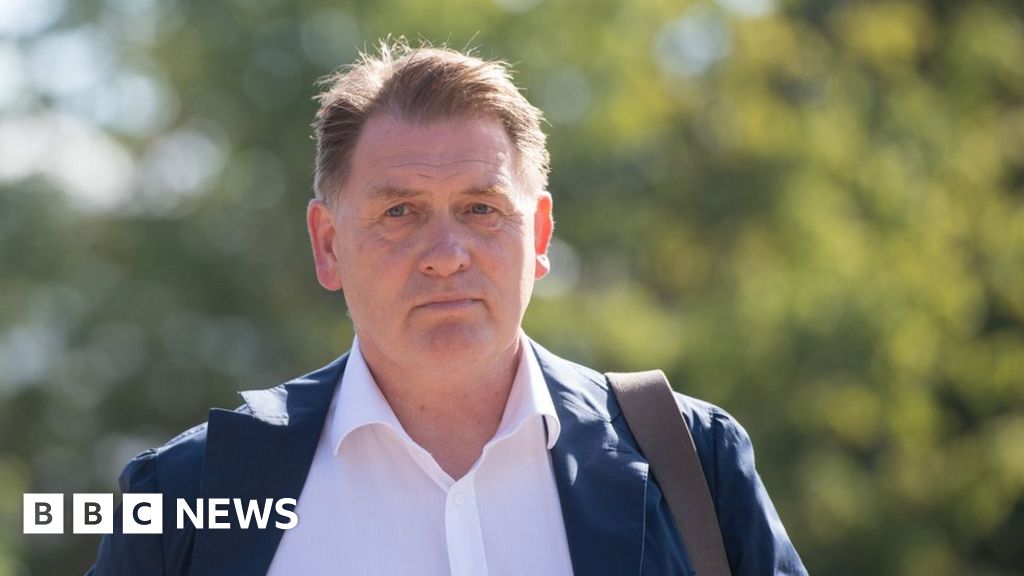 A former Labour MP and ex-Army officer who admitted making an indecent image of a child has been sentenced.

Eric Joyce had a 51-second film on a device that showed “the sexual abuse of very young children”, Ipswich Crown Court heard.

The former shadow minister and ex-MP for Falkirk was arrested in 2018.

Joyce, 59, of Worlingworth, Suffolk, was sentenced to eight months in prison suspended for two years, and must complete 150 hours of unpaid work.

The court heard the category A film – the most serious there is – was accessed by Joyce between August 2013 and November 2018.

It featured what appeared to be seven different children, aged between 12 months and seven years.

Judge Mr Justice Edis said: “That these acts of abuse happened is because there are people like you who want to watch these films.

“If there was no market, those children wouldn’t be subjected to these very serious offences.”

The judge said Joyce had “sought help” and there was evidence he had been able to “reduce, perhaps completely” his “impulsive behaviour”.

Michael Proctor, prosecuting, said a number of computer devices and hard drives were seized by police from Joyce’s address in November 2018 following intelligence.

But following analysis of his computer, Joyce told police that some of what he said “wasn’t true” and that “he had seen a mixture of images”.

The prosecution said there was evidence of searches “for material for five, six, seven, eight, nine, 10-year-old girls”.

He originally joined the Army in 1977 before serving for 21 years, during which he rose to the rank of major.

Mitigating, Mark Shelley said Joyce had no previous convictions for sexual offences and that he had given up drinking.

Joyce also received a sexual harm prevention order, was given an 18-day rehabilitation activity requirement and ordered to pay prosecution costs of £1,800.