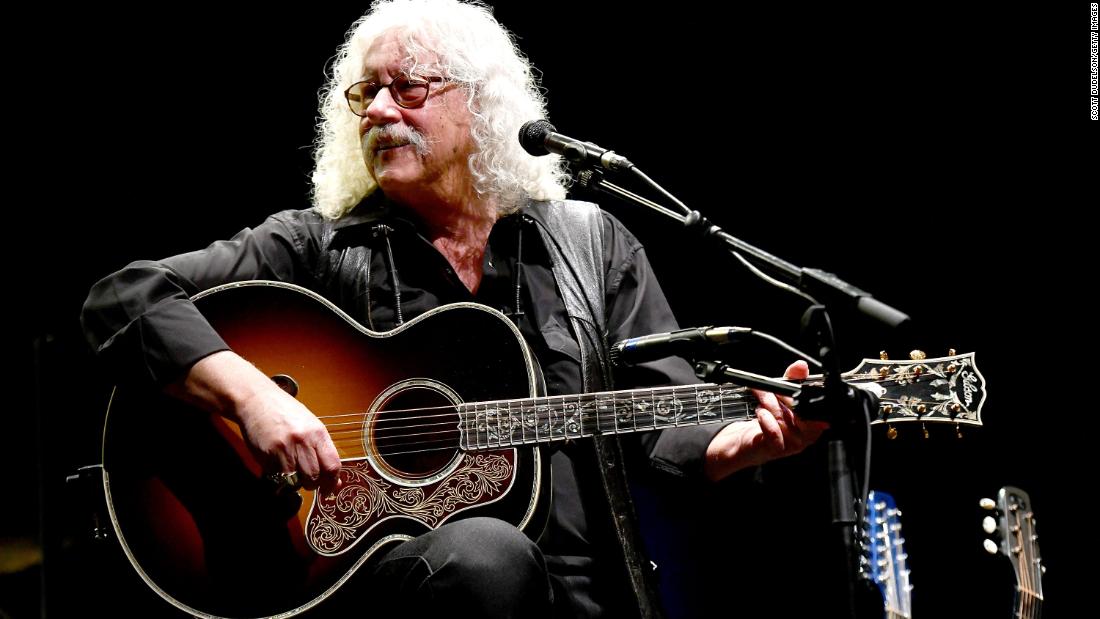 Guthrie, a son of late folk legend Woody Guthrie, doesn’t explicitly give a reason in a lengthy Facebook post titled “Gone Fishing.” But he describes how a mini-stroke and a stroke in recent years hindered his ability to perform.

“It’s been a great 50+ years of being a working entertainer, but I reached the difficult decision that touring and stage shows are no longer possible,” wrote Guthrie, 73. “I’ve cancelled the upcoming shows, and am not accepting offers for new ones. That’s the short version. For the longer version continue reading…”

Guthrie is famous largely for the “longer version” of “Alice’s Restaurant,” which ran more than 18 minutes when released in 1967. Its most well-known line goes, “You can get anything you want at Alice’s Restaurant.”

It later became a film directed by Arthur Penn.

Guthrie’s other most famous single was a 1972 cover of “City of New Orleans” written by Steve Goodman.

Guthrie continued to record and perform throughout the decades. He played at Carnegie Hall most Thanksgiving weekends through last year.

“A folksinger’s shelf life may be a lot longer than a dancer or an athlete, but at some point, unless you’re incredibly fortunate or just plain whacko (either one or both) it’s time to hang up the ‘Gone Fishing’ sign… I’m happy, healthy and good to go, even if I’m not going anywhere.”