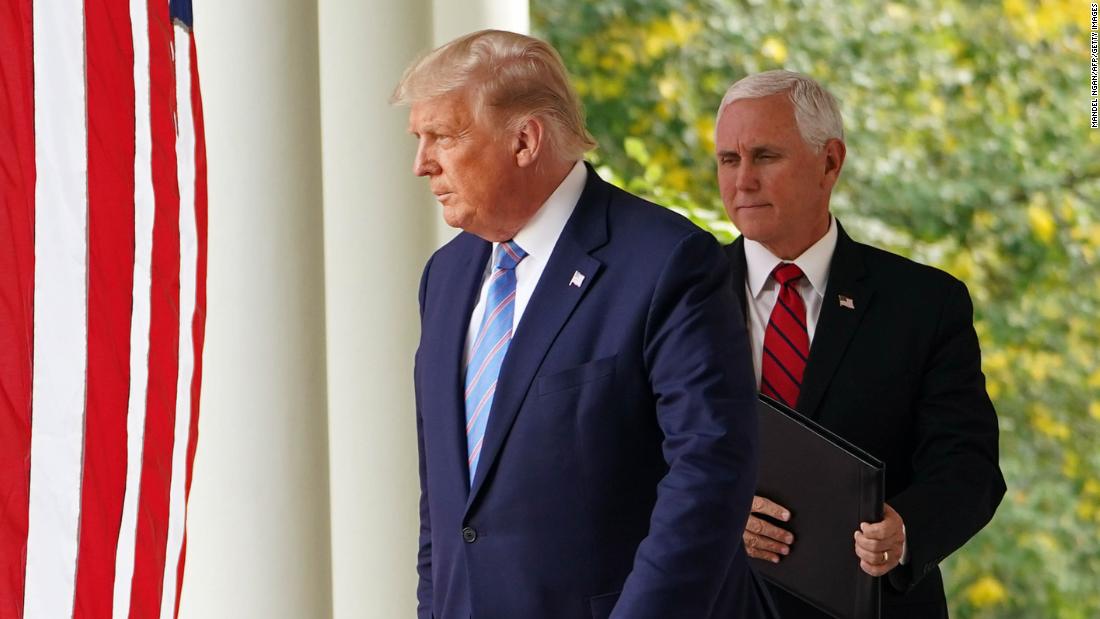 “You still want to protect people who are, you know, very important to our country right now,” Fauci, the director of the National Institute of Allergy and Infectious Diseases, said Tuesday on ABC’s “Good Morning America.” “Even though the President himself was infected and he has likely antibodies that likely would be protective, we’re not sure how long that protection lasts.”

“I would recommend that he get vaccinated, as well as the vice president,” Fauci added.

“You want him fully protected as he enters into the presidency in January,” Fauci said of Biden. “So that would be my strong recommendation.”

The Biden transition team expects to make an announcement “soon” on when Biden and Harris will receive Covid-19 vaccines, a transition official said.

Trump administration officials have discussed how and when Trump might receive a coronavirus vaccine, but haven’t yet made a final decision on scheduling his shot, according to a person familiar with the plan.

Trump himself has not appeared particularly eager to be seen getting the vaccine, the person said, even though he has touted its development and wants to take credit for it. That is partly because he already had coronavirus and doesn’t want to be seen as skipping the line.

Since the start of the pandemic, the White House has dealt with an in-house outbreak of coronavirus several times. Despite that, White House staff have regularly flouted the US Centers for Disease Control and Prevention’s recommendations such as the wearing of face masks and social distancing.

First lady Melania Trump, the White House chief of staff, the White House press secretary and several other of the President’s advisers have also tested positive for Covid-19 over the months.

Pence has managed to avoid contracting Covid-19, even as his chief of staff, communications director and others within his orbit were hit by the virus.

Discussions around which government officials will get the vaccine first have centered around Trump and Biden getting vaccinated by the end of the year, according to one person involved in the talks.

Still, Trump has told advisers if they believe it would help the vaccination effort to be seen getting the shot, he is willing to do it — he just hasn’t pushed for an event to be scheduled in the immediate future.

Trump’s predecessors — former Presidents Barack Obama, George W. Bush and Bill Clinton — have all committed to getting their Covid-19 vaccines on camera to promote public confidence in the vaccine’s safety. Biden told CNN’s Jake Tapper earlier this month that he would receive the vaccine in a public setting to demonstrate his confidence in it.
There have also been discussions among officials about public vaccinations for other officials — including Ivanka Trump — though that now appears to be on hold after the President said White House officials would not receive vaccines right away.

Other high-ranking officials in the administration are still expected to get the vaccine, including several Cabinet secretaries and their senior staff. Those vaccinations were expected to start in the coming days but as of Monday morning, it was unclear if that timeline would remain in place given the President’s edict.

On Monday, all 50 states received shipments of the Covid-19 vaccine and the first doses of the Pfizer vaccine were injected into health care workers, after the FDA granted emergency use authorization for the Pfizer vaccine on Friday. The FDA is also considering an EUA for Moderna’s vaccine candidate this week.

CNN’s Naomi Thomas and MJ Lee contributed to this report.