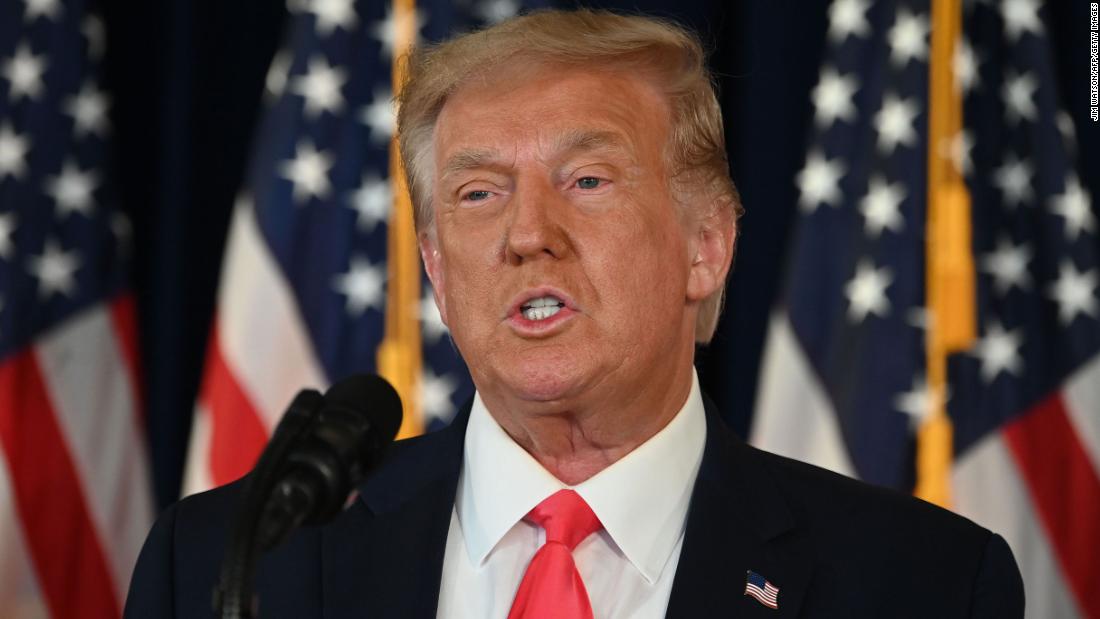 Trump also denied having said something he said on camera during a news conference Friday. And he walked out of the room after he was challenged on one of his favorite lies — the claim that he is the one who got the Veterans Choice health care program created.

A reporter told Trump that a payroll tax cut was opposed by both parties on Capitol Hill. Trump responded, “Everybody wanted it. By the way, the Democrats want it. The Republicans want it. They just couldn’t … come to an agreement. But everybody wants it.”

Senate Finance Chairman Chuck Grassley, a Republican from Iowa, pushed back on the idea of including a payroll tax cut in the emerging GOP recovery plan, saying on Monday that it’s a “public relations problem” and would have little economic impact. Republican Sen. John Cornyn of Texas warned that a payroll tax cut “divides our conference,” while Senate Majority Leader Mitch McConnell would not say whether Republicans will accept a payroll tax cut as he walked off the Senate floor Monday afternoon.

“There are a lot of Republicans who don’t like it, for a lot of different reasons,” Thune said of a payroll tax cut. “One of which is we don’t think it changes behavior. I mean if you get a $60 increase in your check in the fourth quarter of this year, when you already got all kinds of holiday stuff going on — the difference between that and getting a check in the mail that you actually like … I think if you want to get something out of it for the economy (direct payments) make a lot more sense.”

Trump decried the relief bill passed by Democratic-controlled House of Representatives in May, which includes various provisions to expand the use of mail-in voting.

Trump specifically criticized a provision to require that absentee ballots be sent out in any state or local area that has declared an emergency. He said, “They want to steal an election. That’s all this is all about. They want to steal the election.” He claimed that such thievery is “the only way they can win.”

Facts First: There is no basis for the claim that Democrats are trying to “steal” the election. As we have repeatedly explained, fraud is exceedingly rare with mail-in voting, and state and local governments employ numerous ballot security measures to ensure fraud doesn’t occur. It’s also baseless to claim that cheating is the only way Democrats can win. As of Saturday, Trump’s opponent, former Vice President Joe Biden, continued to lead in national polling and the polls of many key swing states.

Trump is entitled to criticize the Democrats’ proposal. He also noted, more fairly, that the mandate would apply whether or not states have the “infrastructure” to handle a major influx of mail ballots.

But there’s no evidence Democrats are trying to cheat.

When asked about expected legal challenges to his executive actions, Trump denied ever suggesting that possibility.

“What I said is people can do whatever they want,” Trump added. “I guess, maybe they’ll bring legal actions, maybe they won’t, but they won’t win.”

Facts First: That’s not what Trump had said. On Friday, Trump told reporters that “probably we’d get sued” over this.

After a reporter asked Friday whether the President was concerned about the legality of his proposed orders, Trump said “not at all,” adding “everything you do, you get sued.”

Trump said that Democrats “don’t want to do anything having to do with protecting people from eviction.”

Days before the moratorium was set to expire, Senate Minority Leader Chuck Schumer voiced his support for providing rental assistance to protect individuals from eviction.

“If we pass emergency rental assistance and extend the evictions moratorium, we’d help families and individuals pay the bills, stay in their homes and stabilize the rental market and help owners keep up with their property taxes and mortgages,” Schumer said. “So, once again, I say to Leader McConnell, to Senate Republicans, work with us to get something done.”

At the start of the briefing, Trump said he had “just signed two bills that are great for our vets,” claiming that he got Veterans Choice passed after other presidents had tried and failed to do so for “decades and decades and decades.”

Facts First: This is among the President’s most repeated false claims. The Veterans Choice bill was signed into law by President Barack Obama in 2014, as the result of a bipartisan initiative led by Sens. Bernie Sanders and the late John McCain. In 2018, Trump signed the VA Mission Act, which expanded and changed the program.

Analysis: No matter who wins the US election, the world’s ‘fake news’ problem is here to stay