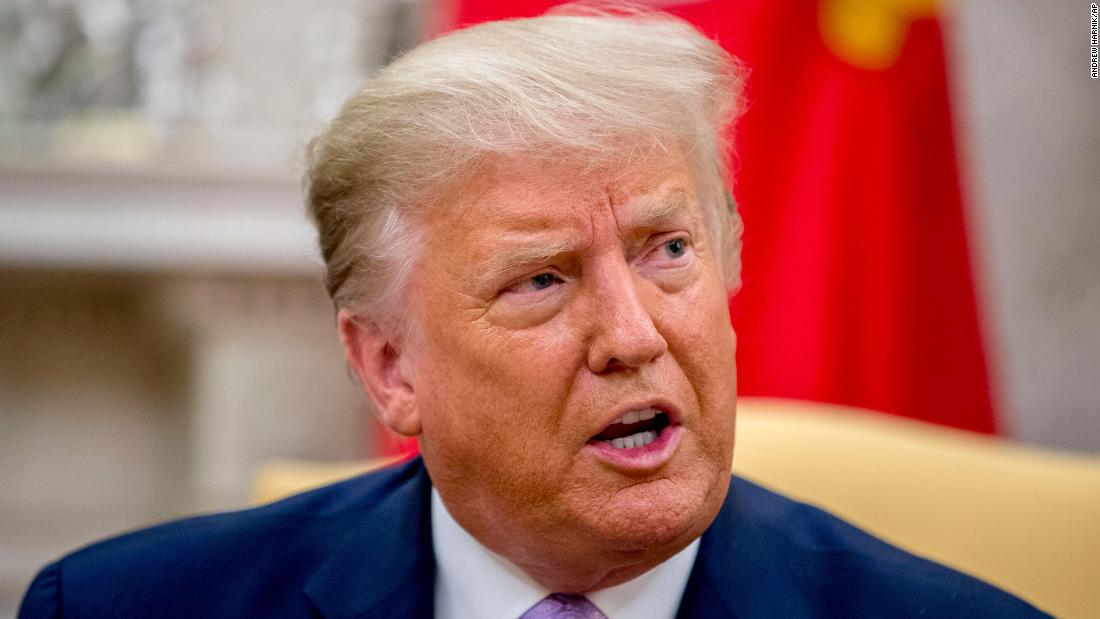 The post was a video of an interview the President gave to Fox News on Wednesday morning.

“This video includes false claims that a group of people is immune from Covid-19 which is a violation of our policies around harmful Covid misinformation,” Facebook spokesperson Andy Stone said in a statement Wednesday evening.

Stone added the specific comments that had run afoul of Facebook’s rules were Trump’s false claims about children being almost immune to the virus.

The same clip appears to have also been posted to Twitter by the Trump campaign, which was then shared from the President’s main account.

While this is not the first time Facebook has removed content from the President’s page, it is the first time a removal has been due to its Covid-19 misinformation rules, Facebook said.

In June, Facebook removed ads run by the Trump campaign for using a Nazi symbol.
Facebook CEO Mark Zuckerberg faced intense criticism, even from his own staff, for not taking action against incendiary posts by Trump about racial protests that were taking place across the US.