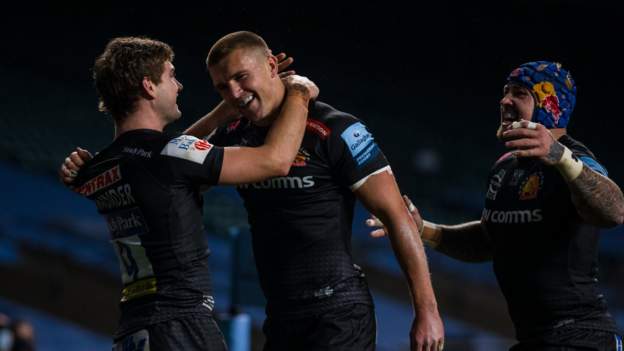 Exeter completed a historic domestic and European double as they beat Wasps to win the Premiership title.

Henry Slade’s try cancelled out Jimmy Gopperth’s early penalty before Jacob Umaga’s score put Wasps ahead only for Joe Simmonds to kick two penalties to put the Chiefs ahead at the break.

A second Gopperth penalty was followed by a third from Simmonds in a tense second half played in torrential rain.

Rishi Sunak’s Spending Review: Four things to look out for