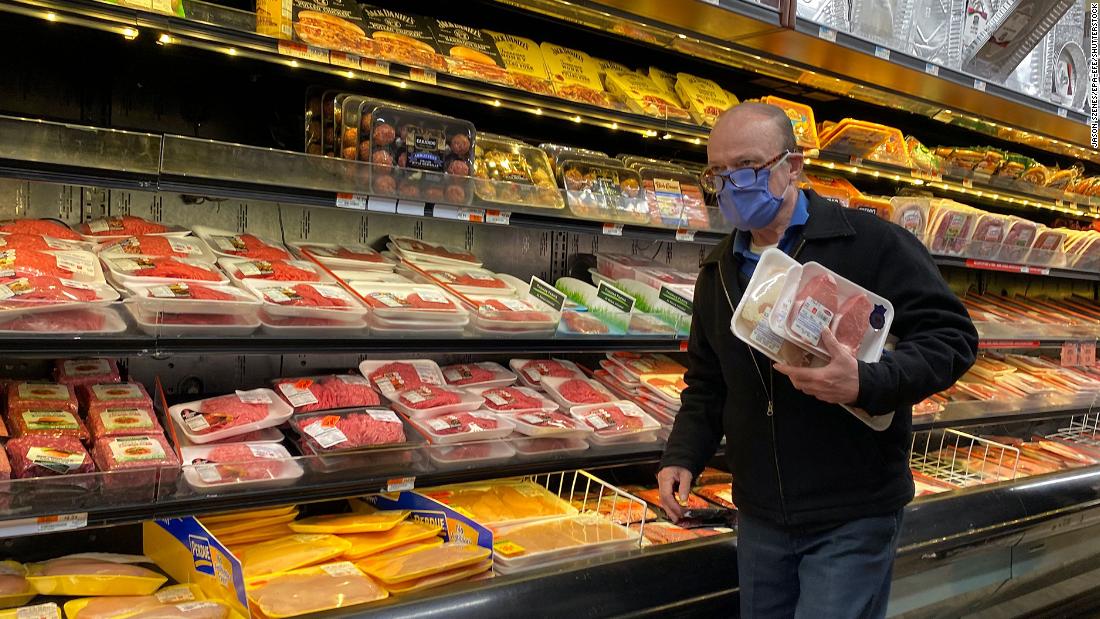 Prices are spiking — and not just because people are buying more groceries as they spend more time at home.

The pandemic has had a strong impact on grocery prices this year, according to seasonally adjusted data released Friday by the Bureau of Economic Analysis. The BEA tracks personal consumption expenditures to help measure inflation.

From February to June, meat and poultry prices rose nearly 11%, with beef and veal prices seeing the highest rise, spiking 20%. For pork the increase was about 8.5%. People are paying more for other staples, too: During the same time period, egg prices shot up 10%, and shoppers shelled out 4% more for cereals and fresh vegetables.

The pandemic has caused a surge in demand for groceries as millions of Americans stay home and avoid eating out. While there’s no significant shortage of food, disruptions in the supply chain have created scarcities and driven up prices.

The meat supply chain has been hit particularly hard. Major meat processors closed their doors when workers fell ill and have slowed operations to accommodate new safety practices, tightening the country’s supply. Things aren’t back to normal yet.
During a recent call with analysts discussing third-quarter financial results, Tyson (TSN) CEO Noel White said that some of the company’s facilities “continue to operate at decreased production levels.”

The higher expenditures come at a time when many Americans are struggling financially.

On Thursday, the Department of Labor will release data that is expected to show that another 1.4 million workers filed for first-time unemployment benefits last week, which is similar to the prior week’s statistics. Meanwhile, unemployed Americans are losing a financial lifeline, as the government’s weekly $600 boost to regular jobless benefits ran out on July 31.

Food insecurity in particular is a growing problem. Nearly 30 million out of 249 million respondents told the US Census Bureau they did not have enough to eat at some point in the week before July 21 — the highest number of people reporting insufficient food since the Census started tracking that data in early May.

— CNN’s Tami Luhby and Dakin Andone contributed to this report.

More than a third of registered voters have already voted