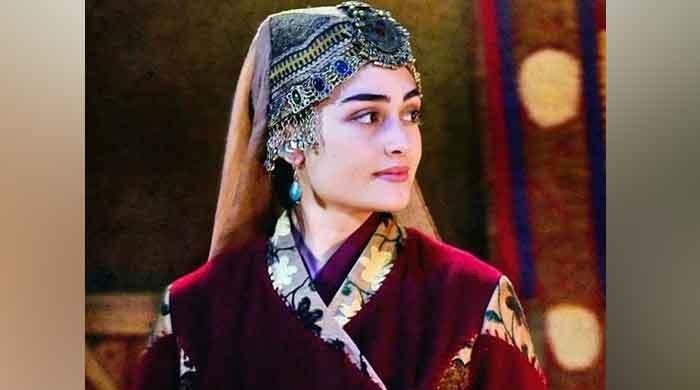 Esra Bilgic aka Halime Sultan’s excited fans have begun speculating about Turkish beauty’s visit to their homeland after ‘Ertugrul’ star Engin Altan’s arrival in the country.

Esra, who has become a household name in Pakistan soon after the broadcast of Turkish hit series ‘Dirilis: Ertugrul’ on state-run TV, seems to fulfil desire of her admirers who want to see their beloved star among them.

The versatile actress’s Instagram account has been booming with comments of the people who asked her to visit the country.

The excited fans – who are smitten with the Turkish star after her role as Halime Sultan – want to see her in Pakistan as soon as possible.

Her co-star Engin Altan, who portrays titular role in the historical series, recently visited Pakistan and received a hero’s welcome.

Esra, who won hearts with her outstanding performance in Turkish hit dramas ‘Ertugrul’ and ‘Ramo’, keeps on delighting fans by sharing her pictures on Instagram.