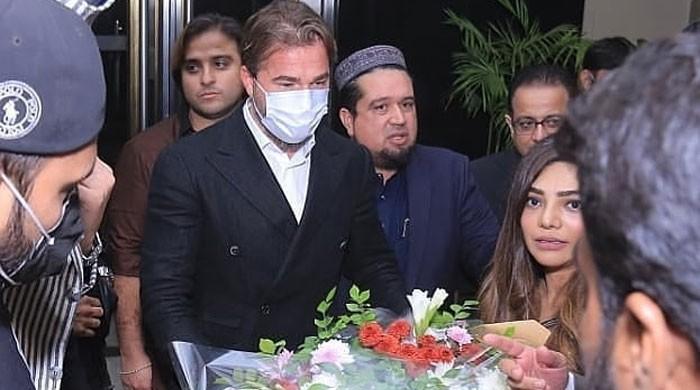 A video of Turkish actor Engin Altan Duzyatan aka Ertugrul with a lion from Pakistan has taken the internet by storm and has won the hearts of his fans.

He landed at Lahore airport where the actor received hero’s welcome.

Now a video of the Turkish actor with a lion is doing rounds on social media and has taken the internet by storm.

In the video, a lion can be seen sitting in front of Ertugrul in the room where the actor is meeting his fans.