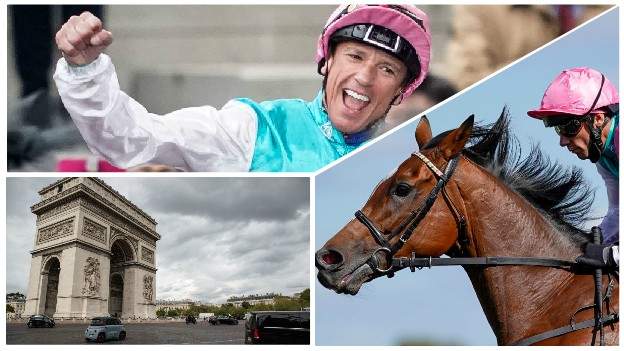 Queen of the turf. King of the saddle. A master trainer and the sporting prince. But could the weather rain on racing royalty’s parade?

Victory at ParisLongchamp for jockey Frankie Dettori would be his seventh, but the most prized of all, in his 50th year with an equine partner whom he shares a special bond.

Watching from home in Newmarket will be the articulate trainer John Gosden, trying to keep a lid on the Enable expectation and keeping an eye on stablemate Stradivarius, the second favourite.

Enable’s owner, Saudi Arabia’s Prince Khalid Abdullah, has enjoyed the triumphs of racing greats like Frankel and Dancing Brave in his green, white and pink silks.

This could top them all though only 10 rivals stand in the way, including French hopes Sottsass and Persian King, after all four of Irish trainer Aidan O’Brien’s contenders were ruled out on the eve of the race.

Drama in the build-up

It has been a countdown like no other to the flat race which offers a first prize of nearly £1.5m and usually sees hordes of British and Irish racecgoers descending on Paris, but will be witnessed by just 1,000 spectators because of coronavirus restrictions.

The 2020 Arc had been billed as a clash of the generations between O’Brien’s dual Classic winner Love and Enable, who at six is twice her age.

However, persistent rain in Paris turned the going to heavy midweek and scuppered the participation of Love, winner of the 1,000 Guineas and Oaks on good ground.

O’Brien added runaway Derby winner Serpentine, at a cost of 72,000 euros (£65,000), to his squad alongside Mogul, Japan and Sovereign.

But the quartet were dramatically ruled out on Saturday night over concerns that contaminated feed could contain a banned substance.

Now the question is how the remaining horses will handle the testing conditions and whether Enable will be denied the record. 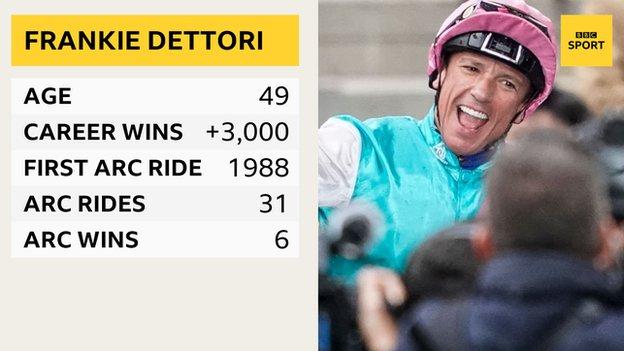 Victory for Enable or Stradivarius would be the first triumph for a six-year-old, although Motrico won aged seven in 1932.

“Enable will be running in her fourth Arc, which is remarkable really,” said her trainer Gosden, 69.

“Like those old boxers, she has taken a while to get up to full fitness at training camp and it depends if they’ve lost any of their old speed.”

For Dettori, this will be his 32nd ride in the race. Some of his riding rivals weren’t born when he finished 20th on Roushayd in 1988.

“Last year’s Arc day was the longest two hours of my riding career, make no mistake,” he said of Enable’s 2019 defeat in second by winner Waldgeist.

“She is by far the best horse in terms of CVs that I’ve ridden.

“For me, if I can win the third Arc, it is all for her. I will work hard to try to achieve that for her as I want her to be remembered as one of the all-time greats. She can only be called that if she wins a third Arc.

“She came so close last year and we will now roll the dice again.”

Dettori’s record in the race makes impressive reading – in the past five years he has been first, third, first, first and second.

Another first would seal the legend of the horse and jockey.