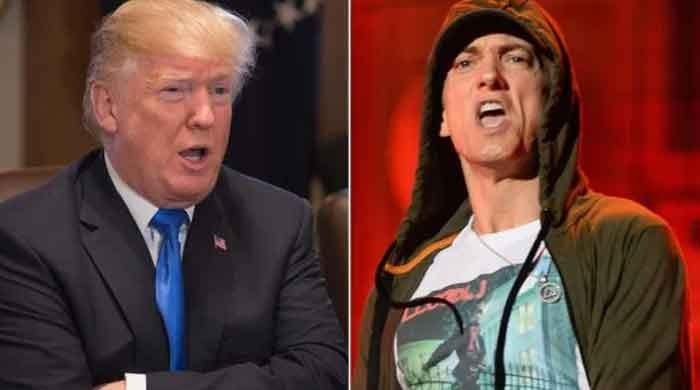 A year after Donald Trump was elected as President of the United States, Marshall Mathers aka Eminem  had launched a scathing attack on former  reality TV star and billionaire.

Slim Shady is known as a staunch opponent of Trump who is now seeking a second term in the White House in the upcoming US election.

In 2004, the Detroit rapper slammed the Republican leader in his lyrical verbal tirade for his controversial decisions and divisive rhetoric.

Shortly after Slim Shady released his diss track, an old video of Trump giving an endorsement speech for the musician at the 2004 “Shady National Convention.”

“When the shady party called and told me there is there’s going to a convention, I said it’s got to be a really big one and it’s got to be right here in New York because this is the best city anywhere in the world.

The event was organized by MTV to celebrate Eminem’s new satellite radio channel.