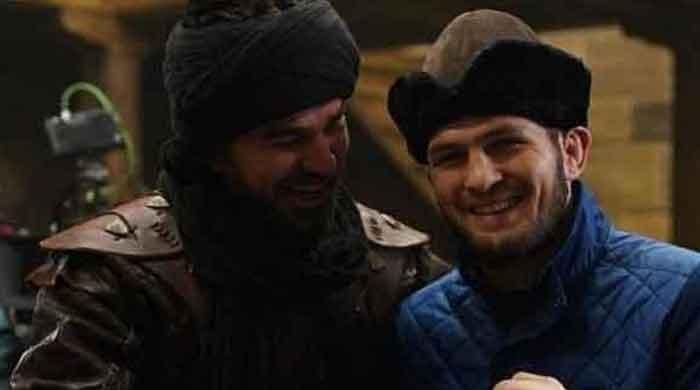 MMA world lightweight champion Khabib Nurmagomedov announced his shock retirement from the sport after revealing he “promised his mother” that his clash with Justin Gaethje would be his last fight.

Turkish actors were among millions of people who paid tribute to the  martial artists  following his retirement.

Celal Al, who played Abdur Rehman Alp in “Dirilis:Ertugrul”, shared a throwback picture with Khabib from the sets of the TV series.

In 2018, the Russian, who is a big fan of “Ertugrul”,  had visited the sets of  TV series where he had posed for pictures with Engin Altan, Celal Al and other stars.

“Allah bless you, You are our whole pride, we will always honor you. Your descendants will also wear this pride inşhaAllah,” he captioned his post.

Below are Khabib Nurmagomedov’s pictures with the actors who played Ertugrul and Turgut Alp respectively.

Om: The Battle Within First Look