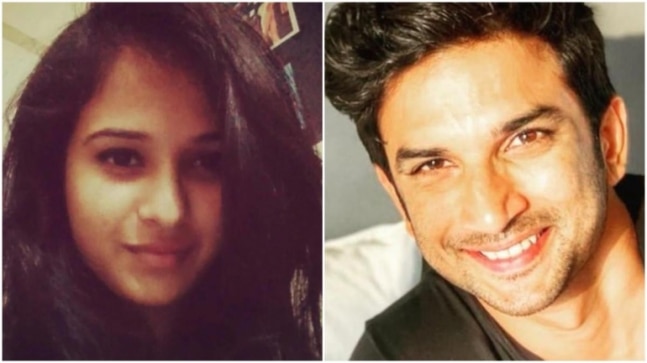 Amidst all the social media messages, conspiracy theories and other allegations, we bring you all the details related to Disha Salian death case.

Disha was just 28 when she died and was very ambitious and high-spirited. However, just few months before her death, she got major setbacks in her career during the lockdown which had an impact on her. Several of her projects were getting delayed or cancelled, which left her frustrated. Few days before her death, she had told her close friends, “Even after so much of hard work, I am good for nothing.”

Who was Disha Salian?

Disha lived in Mumbai and stayed with her parents at their Dadar based flat. After completing her education, Disha started her career with a job in a daily. In 2013, she joined a PR agency. The company handled clients like Sony entertainment. In 2015, she joined as Talent Manager in Image Smith PR company where she was managing Bollywood actress Aishwarya Rai Bachchan during her film Jazba. In 2018, Disha joined another celebrity management company named Kwan Entertainment and Marketing Solutions. Here, she worked for less than a year. She was also managing actor Varun Sharma as a freelancer. It was during this time that she met Sushant Singh Rajput on the sets of Chhichhore. After the film, Varun Sharma decided to hire Cornerstone, the PR agency owned by Bunty Sajdeh, brother in law of a famous Indian cricketer. Disha joined Cornerstone and continued managing Varun Sharma. However, Varun Sharma was getting good film offers and left the agency. He then hired KWAN. Disha, however, continued her association with Cornerstone. The agency also managed Sushant Singh Rajput. Disha might have met Sushant twice or thrice. It is even not clear whether she was directly handling Sushant Singh Rajput or not.

Disha comes from very middle class family of Mumbai, living in Dadar. Disha was in a relationship with actor Rohan Roy, who had been a part of some TV serials. They both were in very serious relationship and were about to get married after the lockdown imposed to stop the spread of the novel coronavirus. According to a family statement given to Mumbai Police, the family was happy with the relationship. Infact, during the lockdown, Disha and Rohan Roy stayed at Disha’s parents house in Dadar. The couple was waiting for the lockdown to get over and wanted to get married immediately.

Just before the lockdown, Disha and Rohan had brought 2 BHK flat in Regent Galaxy building at Malad West. The cost of the flat is over Rs 1.5 crore. The couple sometimes would go to their flat in Malad and party with their friends, which would mostly comprise of Disha’s friends.

Disha died on the night of June 8. During the unlock phase 1, just four to five days before her death, Disha and Rohan Roy went to stay at their Malad residence. A month before that, she was upset about not being able to celebrate her birthday with friends. On the night of Disha’s death, there was a party at their house. Other than Disha and Rohan Roy, there were four more friends- one female and three male. All were drinking and eating along with loud music.

According to police officials from Malvani Police Station who are investigating the case, Disha got a call from a UK-based friend. While talking to her on the phone, Disha went to another room and locked the door from inside. The UK based friend told the police that she spoke to Disha for over 20 minutes. It was a very normal and casual call. Disha told her that how lockdown is getting extended and that her work is pending. She did, however, sound a little frustrated. After a while, as Disha was still inside the locked room, other friends and her fiance Rohan, tried opening the door. When they finally opened the door, Disha was missing. They looked through the window and Disha was lying in a pool of blood in the parking area at the back side of the building.

All of them rushed down and called the cops. Disha was rushed to Shatabdi Hospital, where she was declared dead on arrival. The Police do not suspect any foul play. The room has a window which does not have grills.

Investigations in the case

After Sushant Singh Rajput death case, various rumours and conspiracy theories linked the deaths of Disha and Sushant. The Mumbai Police says that the theories are false and that the family members have given a statement saying there have no complaint against anybody. Even Disha’s fiance, Rohan Roy, said that he has no complaint against anyone. The police investigating the case have clearly said that there is no link between the death cases of Sushant Singh Rajput and Disha Salian.

According to police officials, Disha was frustrated as some projects of her were not working out and many were getting cancelled or delayed. She remained very stressed because of her work. Investigations by the Mumbai Police have found three important projects of Disha which never worked out. They are as follows.

1) Disha came with a tie up project with Sushant Singh Rajput. Here, Sushant had to work in advertisements of footwear and watches. Everything was going fine with the project. However, as the lockdown was extending in the country, it never worked out.

2) Disha was very confident and excited about this project. It worked well at first, but something unexpected happened later on. Disha had tied up with Milind Soman for advertisement of a mobile phone. The mobile company had signed Milind Soman for the advertisement through the company where Disha worked. The shoot was over and the payment had also been made. However, Milind Soman posted against Chinese products on social media. This did not go well with the mobile company and they pressurised Disha’s company where she worked to get a different actor on board and get back the money. Milind Soman replied very professionally, that he did work according to the deal and that posting the message on social media was his personal opinion. This was a major setback for Disha Salian.

3) Disha also entered into a deal with actress Disha Patani, who had to work for advertisement of a gym. The deal was worth over Rs 24 lakh. However, it got cancelled at the end moment for some reason.

Disha wasn’t someone who could accept failures and was frustrated with all of this. She had been very successful all her life. Apart from the setbacks, she got demoralised and told one of her close friends, “Even after working so hard, I am good for nothing.”

In their statements, Disha’s friends told the Police that she seemed to be frustrated about her work and used to be on her phone most of the times. The Mumbai Police suspect that Disha Salian’s death might be a case of suicide, which was trigerred by a sudden event. However, the cops are not ruling out the possibility that she accidentally fell off from the building. Cops have still not closed the case and are investigating the matter.

Cops have carried out a reconstruction of the crime scene as well. The report will be shared in day or two.

ALSO WATCH | Sushant Singh Rajput’s cook Neeraj: He seemed tense on June 14 and locked himself in