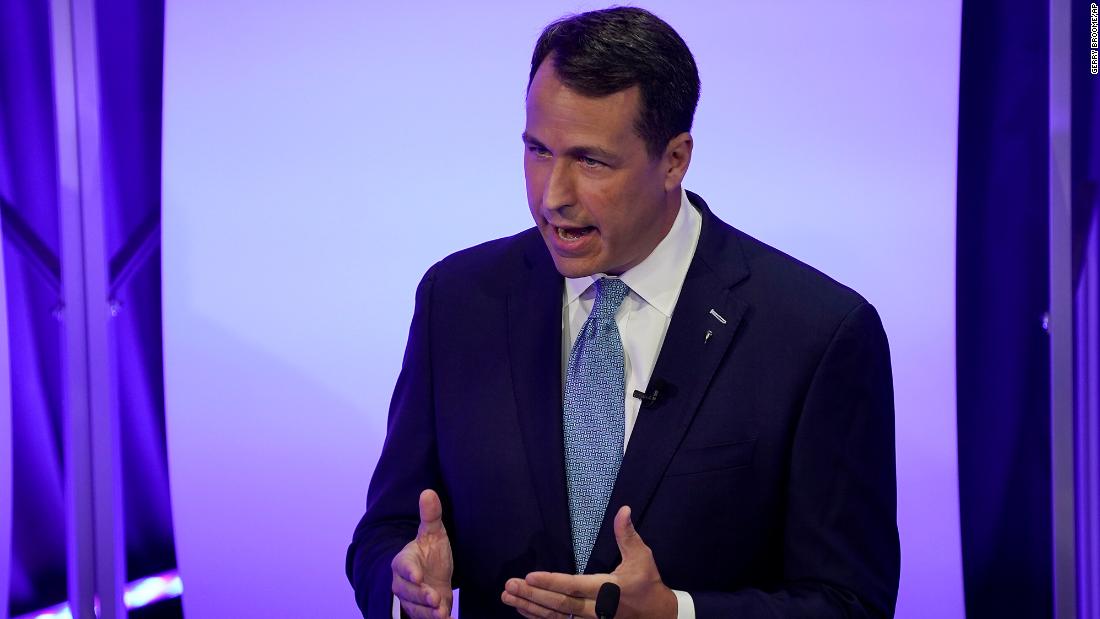 Cunningham is challenging Republican Sen. Thom Tillis, with recent public polls suggesting a competitive race. On Thursday, however, as the candidates were set to meet for their final debate, a report surfaced on NationalFile.com suggesting Cunningham has sought a relationship outside of his marriage. In a series of text messages captured in screenshots on the site, Cunningham praised the woman as “historically sexy” and suggested he wanted to secretly meet with her.

“Would make my day to roll over and kiss you about now,” he wrote in another text.

In a statement provided to CNN, Cunningham confirmed that he had breached his family’s trust and apologized for his behavior, while suggesting he would move forward with his campaign.

“I have hurt my family, disappointed my friends, and am deeply sorry,” Cunningham said. “The first step in repairing those relationships is taking complete responsibility, which I do. I ask that my family’s privacy be respected in this personal matter.”

“I remain grateful and humbled by the ongoing support that North Carolinians have extended in this campaign,” he added, “and in the remaining weeks before this election I will continue to work to earn the opportunity to fight for the people of our state.”

Cunningham’s statement was first reported by the News & Observer. The Cunningham campaign did not dispute or otherwise comment on the authenticity of the texts as reported by National File.

The revelations about Cunningham’s personal life come as some North Carolina voters are already casting their ballots by mail. In-person early voting in the state begins October 15.

An Army reservist and father of two, Cunningham has worked to craft a positive, uncontroversial image for himself as a candidate. Just this week, Spectrum News aired a joint interview with Cunningham and his wife of 20 years Elizabeth, in which she praised her husband as “authentic.”

“He’s very authentic,” Elizabeth Cunningham said in the interview, seated beside her husband at their home, “and I think that’s one of the things that people like about him when they meet him.”

The North Carolina Senate race is now being jumbled in multiple ways, however, making it difficult to predict how the race could continue to evolve in the coming weeks.

Also on Friday, Tillis confirmed that he had tested positive for Covid-19, putting a temporary halt to the Republican’s in-person campaign events. Tillis had attended a White House event marking Judge Amy Coney Barrett’s nomination to the Supreme Court. Cunningham said Friday that he would be tested as well after sharing the debate stage with Tillis the night before.

Thanksgiving looked a little different this year. Here’s how people adapted across the country

Analysis: The President who dared to tangle with Thanksgiving