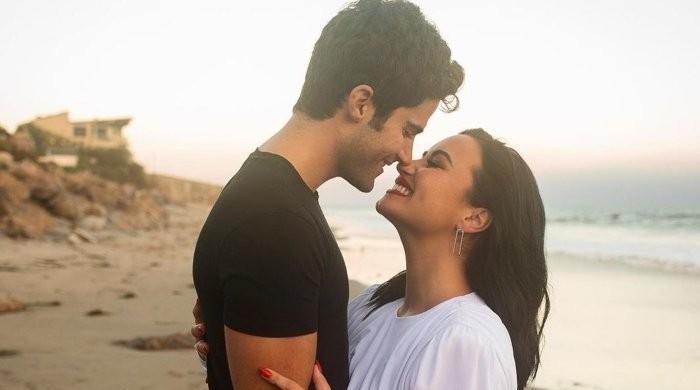 American singer Demi Lovato’s ex-fiancé Max Ehrich has been openly speaking against her following their very public and ugly split.

And while the actor may be bitter about the breakup, the singer’s family is certainly relieved that she severed ties with him.

A source spilled the details of how her family reacted to the news while talking to HollywoodLife, claiming they all breathed a ‘sigh of relief.’

“Her whole family is breathing a sigh of relief that she was able to see the signs before they got married,” said the insider.

“The way Max is [attacking her on-line] is just proving that Demi made the right call by ending the engagement. When they first broke up some of her family and friends were questioning if it might be a temporary split but the way he’s acting [since she broke up with him] makes it very clear there’s just no going back,” they went on to reveal.

“Demi is staying strong but this hasn’t been easy for her. The only good thing about Max acting the way he has since they broke up is that he’s just proving over and over that she made the right choice by walking away.”

“It’s really upsetting that he’s lashing out but she’ll rise above it and come out stronger, that’s what she does,” the source added.

Another grapevine dished the details to the outlet, saying: “She is really disappointed that it has gotten to this point with Max. Breakups are never something anyone wants to deal with, and the way Max is reacting and the fallout of it all is heartbreaking.”

“She hopes all this will pass soon and she can focus on everything else that is happening in her life. She doesn’t want heartbreak; she wants to be in a great situation in her life and getting over this relationship will be a good start. Hopefully for Demi, Max stops talking about it,” they added.

‘The Flight Attendant’ With Kaley Cuoco Is A Dark And Funny Treat : NPR