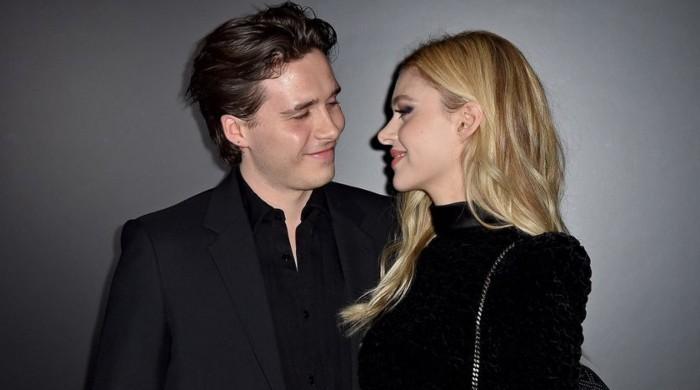 Brooklyn Beckham, son of power couple Football legend David and Victoria Beckham appears to be knee-deep in trouble after his latest post.

A domestic violence charity recently slammed the British photographer over now-deleted photos where he was seen holding his fiancée Nicola Peltz’s neck.

The contentious photo that sparked outrage showed the 21-year-old holding Peltz’s neck while he drank wine during a meal.

All the while his ladylove was seen unable to control her laughter, as fans slammed the duo for making a joke out domestic violence.

“It is disgusting and I think with serious matters no one should allow themselves to make a joke. This is very important, an organization like ours has seen so many women become victims of honor-based violence, domestic violence, forced marriage,” she said.

“They have been strangled by their own family and they have been killed by husbands, partners or boyfriends,” Nammi added.

“So we are talking about real life, even if it’s a joke it is disgusting in my opinion. I think it should be banned from Instagram this kind of picture. He is 21 so mature enough to know it is a very serious matter and I think he has to apologize openly and tell people that he made a huge mistake.”

“We are talking about living people — it is not a doll to play with, so I think this is sending a very wrong message, a very dangerous message to young people especially. This kind of attitude is not acceptable and both men and women, especially women, need to be respected and their life needs to be celebrated,” she went on to say.

“It is so dangerous and his position is so important and not only him but his family need to discuss it to say something in the media that they are not that approving of that, because of their position especially,” she added.