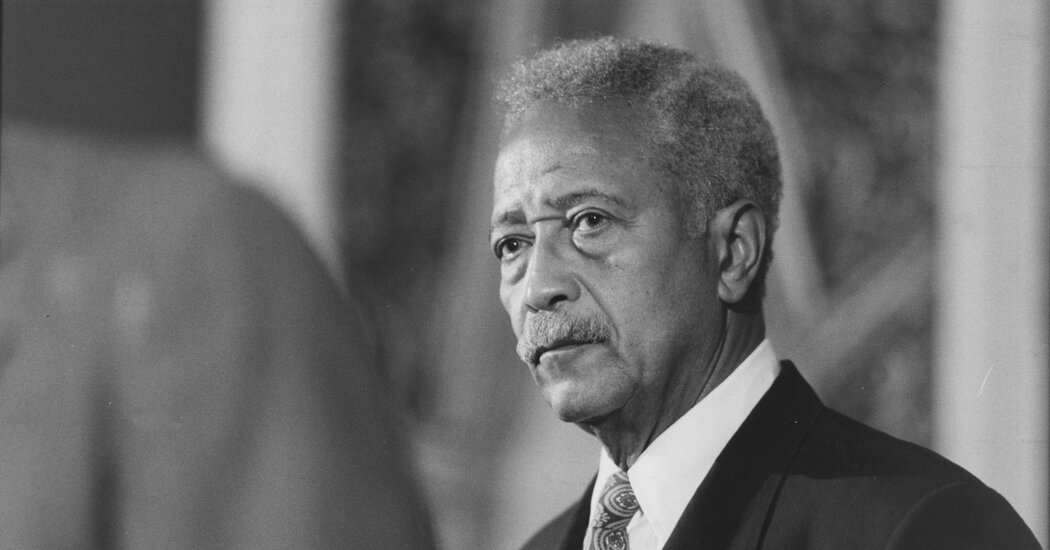 It was a strong-willed cabinet of goads, gadflies and bureaucrats, and there were interagency squabbles and rivalries that the mayor seemed unable to control. Deputy mayors feuded openly, and Mr. Dinkins allowed it. Norman Steisel, the first deputy mayor, was nominally in charge, but major decisions had to be cleared by Deputy Mayor Bill Lynch Jr., the top political adviser. Intrigue and gridlock resulted.

The mayor himself was paradoxical: punctilious and demanding of subordinates, yet reluctant to make decisions until he absolutely had to. He sometimes refused to tell his commissioners what he was thinking, then complained that they did not understand him or what he wanted. Meetings often ended not with actions but with a decision to keep weighing options. It was, as one commissioner put it, “complete disarray and disorganization down there.”

Mr. Dinkins was unfailingly courteous in public, exuding charm, kissing women’s hands, speaking softly, smiling easily: the polished gentility of decades of civic functions. But privately he could be peevish, surly, even fiercely angry. And the measured style that had been a campaign asset had begun to look like indecision. A headline in The Washington Post asked, “Is Dinkins Too Nice for New York?” And The City Sun, a Brooklyn weekly for Black readers, upbraided the mayor: “Frankly, you are beginning to look like a wimp.”

By summer 1990, Mr. Dinkins was on the defensive, reacting to a series of chilling crimes, including children killed in random shootings related to gangs and drugs. The mayor found himself under pressure to respond, but said he was waiting for Commissioner Brown’s report on overhauling his department.

Then a young tourist from Utah was stabbed to death as he tried to protect his mother from a subway mugger. Outrage ensued. Editorials called the mayor ineffectual and suggested that the city was suffering a morale crisis.

Finally, in October, a shaken Mr. Dinkins offered a barrage of anti-crime proposals, including a record expansion of the police and a plan to return officers to neighborhood beats. “We will not wage war by degree,” he said, calling for thousands of new officers to bring department strength to 42,400.

Controversy also swirled around his failure to resolve a Black boycott of a Korean grocery in Brooklyn. It began when a Haitian-American woman said a store worker had insulted and assaulted her. The owner said the woman had not paid for groceries. A Black crowd defended her, and the confrontation widened into a boycott that went on for months, with protests, rallies and threats. Diplomacy went nowhere. The contretemps finally faded and the grocery was sold. But the mayor, who had gone on television to appeal for racial tolerance, fared badly, so reluctant to offend either side that he had alienated both.