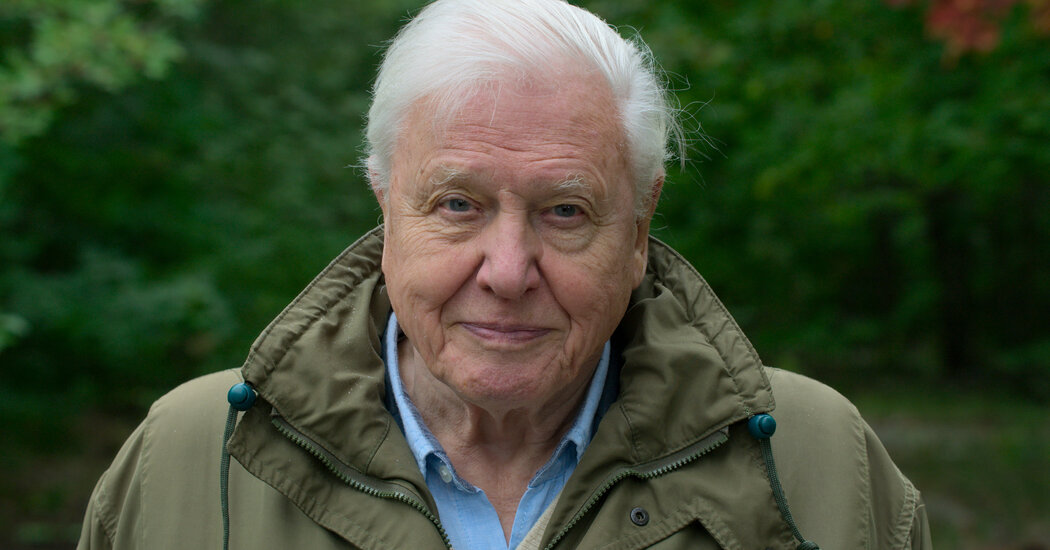 The majestic documentary “David Attenborough: A Life on Our Planet” opens with its title subject standing in a deserted location. It’s the territory around the Chernobyl nuclear plant, a once buzzing area that was evacuated after human error rendered it uninhabitable. Only later will the directors, Alastair Fothergill, Jonnie Hughes and Keith Scholey, pull their camera back to reveal that the territory, in its vacancy, has grown into a lush wildlife paradise.

Calling the film (streaming on Netflix) his “witness statement” for the environment, David Attenborough goes on to trace his more than 60-year career as a naturalist, mapping how steeply the planet’s biodiversity has degenerated before him. Global air travel was new when he began his work, and footage of him as a young producer encountering exotic flora and fauna lends a moving, even haunting, note to his plea to restore ecological balance.

Astonishing nature photography accompanies his retrospective. To illustrate the emptying of oceans, the directors intercut thriving coral habitats with images of large gutted fish, frozen and stacked for market. Equally upsetting is the loss of rain forests, showcased through the stark cutoff between flourishing vegetation and uniform rows of oil palms planted for profit. Such cinematic juxtapositions are persuasive: A dying planet is an ugly one, while healthy ecosystems please the eye and the earth.

The most devastating sequence finds Attenborough charting the disasters we face in future decades — global crises that he, as a man now in his 90s, will not experience. Yet he finds hope by extrapolating small successes. Sustainable farming in the Netherlands has made the country one of the worldwide leaders in food exports. Fishing restrictions around the Pacific archipelago nation of Palau enabled marine life to rebound. The film’s grand achievement is that it positions its subject as a mediator between humans and the natural world. Life cycles on, and if we make the right choices, ruin can become regrowth.

He works in a Covid-19 unit in a parking garage. Trump called it fake – CNN Video

Bash: Almost everything you heard from the President is a lie – CNN Video