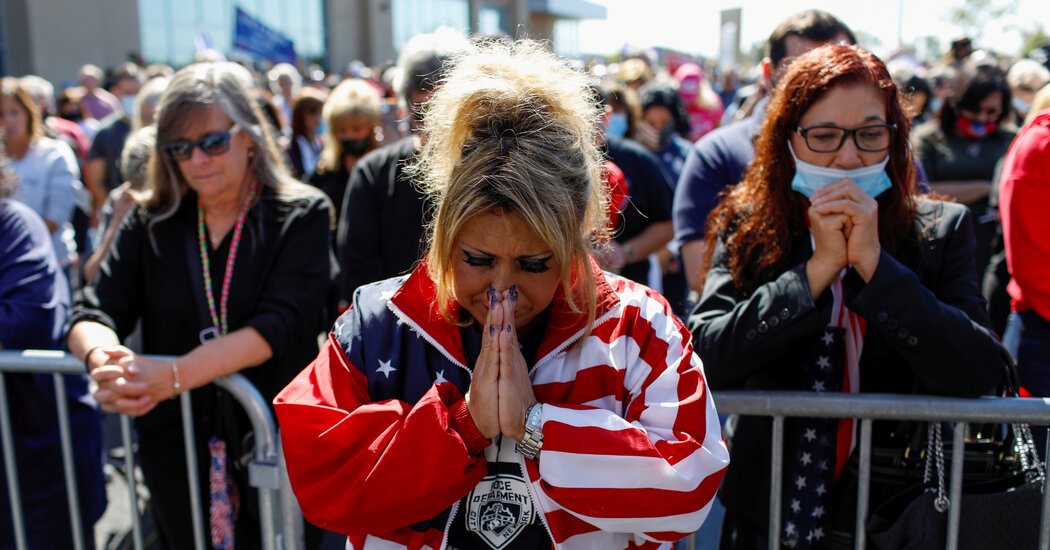 Richanne C. Mankey, Defiance’s president, said the college had been following local and federal health standards. “Unfortunately,” Dr. Mankey said in a statement, “one breach can have significant consequences.”

Some of the worst trouble spots have calmed.

Misery in the Sun Belt has receded, helping to hold down the nation’s new case growth despite increases in the Midwest and West.

Summer outbreaks sent national case tallies soaring to more than 66,000 a day by late July. Arizona, California and Florida reported new records, then broke them, day after day. In some cities, officials shut down bars again and demanded that residents wear masks.

Florida is now averaging about 2,300 new cases a day, roughly one-fifth of what it was seeing at its worst. In Arizona, where overtaxed hospital capacity was once a concern, intensive care beds are now plentiful, and daily case reports have dropped to about 500 on average, down from more than 3,600. New infections have also plunged in California, Georgia, Louisiana and South Carolina. Mississippi, Texas and Alabama have made significant progress since midsummer as well, though case numbers there remain persistently high.

“Thankfully, we did not have a surge in Covid-19, as was predicted, after the Labor Day weekend,” Gov. Kay Ivey of Alabama, a Republican, said this week as she announced an extension of the state’s mask order. “But my friends, this isn’t just luck or coincidence. The fact is, our mask order that we imposed on July 16 is working, and the numbers speak for themselves.”

The question ahead is whether regions can hold on to their progress or whether new outbreaks will crop up quickly as limits are lifted and old hot spots surge again.

America’s effort to stop the virus is a dizzying patchwork.

The nation’s effort to stop the coronavirus remains a constantly shifting amalgam of state and local rules. And that has meant starkly different realities from state to state, and from county to county.