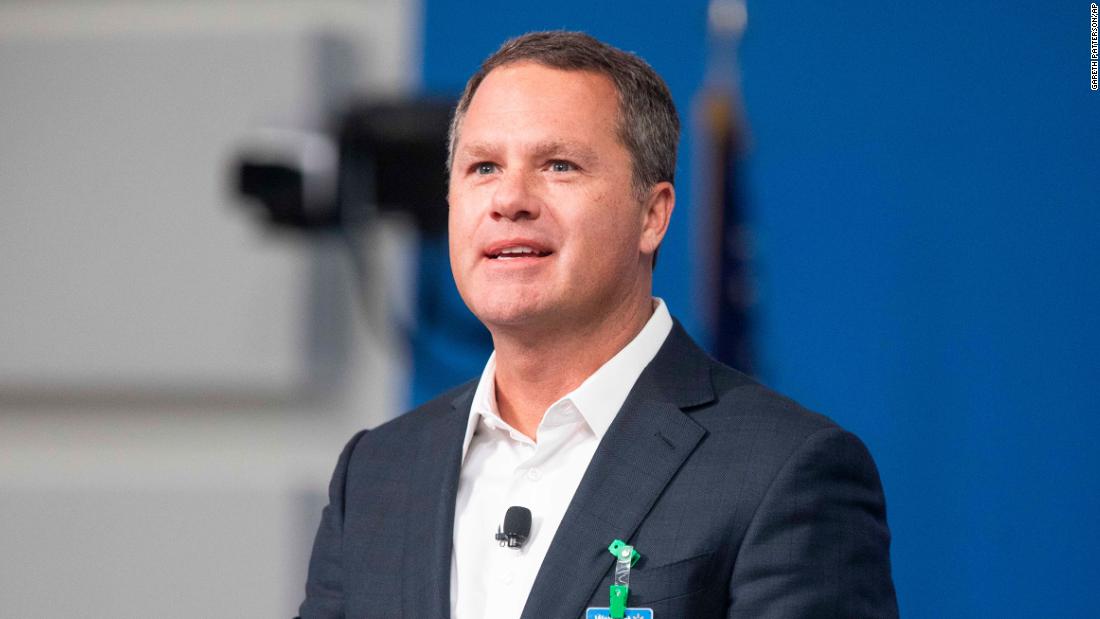 Executives from several publicly traded companies have acknowledged Biden’s victory and discussed what they expect to see from the new administration during various conference calls over the past few weeks.
“I want to wrap up by saying congratulations to President-elect Biden,” Walmart (WMT) CEO Doug McMillon said during the retailer’s earnings call on November 17.

“We look forward to working with the administration and both houses of Congress to move the country forward and solve issues on behalf of our associates, customers and other stakeholders,” he added.

McMillon’s acknowledgment that Biden will be the next president is particularly noteworthy since he is the current chairman of the Business Roundtable, an influential lobbying group that represents America’s top CEOs.

McMillon took over as chairman in January, succeeding JPMorgan Chase (JPM) CEO Jamie Dimon.
Dimon said in a statement shortly after Biden was declared the winner by CNN and other major networks that it “is the responsibility of each of us to respect the democratic process, and ultimately, the outcome” adding that it is time to “come together to strengthen our exceptional country.”
Intel (INTC) CEO Bob Swan also congratulated Biden Monday. In an open letter to the President-elect, Swan said that the new administration needs to invest even more in digital infrastructure and manufacturing.

“Your planned investment in American-made goods is critical to U.S. innovation and technology leadership,” Swan wrote.

CNN Business combed through recent corporate conference call transcripts and found that many other top executives are expressing hope for a more stable political environment after nearly four years of disruptive tweetstorms.

“Biden, throughout his career, has shown a tendency toward pragmatism. He has never really ventured too far to the left, and he’s often gone out of his way to open doors to conversations with leadership in Congress on the right,” said Kevin Chavous, president of academics, policy and schools for online learning company K12 (LRN), during a virtual investor day on November 18.

Other business leaders have been busy trying to figure out what Biden’s policies, particularly on issues such as trade and regulation, will mean for their bottom lines.

President Trump has initiated trade wars with several countries, most notably China. Biden is expected to be less bombastic and more diplomatic in his approach.

But business leaders still think Biden will be tough on China when it comes to issues such as intellectual property theft and open markets for American manufacturers.

Strengthening the Affordable Care Act may also be a priority for the 46th president.

“Public health programs are likely to see a meaningful increase in funding under a Biden administration,” said Bruce Caswell, CEO of Maximus (MMS), a health services outsourcing firm, during a November 19 earnings call.

Caswell added that he expects Biden may use executive orders and other regulatory actions to get what he wants done.

“The projected blue wave did not materialize, creating a likely indicator of a more moderate approach by Congress and the new administration for at least the next two years,” Caswell said.

Manufacturers are cautiously optimistic that there might finally be increased spending on infrastructure and renewable energy during a Biden presidency.

“Where the Biden administration could help us is if there’s more increases in infrastructure and more support for solar,” said William Waltz, CEO of electrical products manufacturer Atkore International (ATKR), on a November 19 earnings call.

Any boost to infrastructure spending could be particularly helpful if it is part of a broader Covid-19 stimulus package aimed at rejuvenating the job market.

“The Biden administration’s talked about the importance of U.S. manufacturing,” said Blake Moret, CEO of industrial technology firm Rockwell Automation (ROK) on a November 10 call. “We’re looking forward to working with them…to find ways to increase manufacturing in the U.S., along with the attendant issue of workforce development.”

With all this in mind, it will be interesting to see if Biden chooses to reach out to Corporate America for guidance as part of the transition or perhaps look to appoint business leaders to his cabinet or other advisory roles.

There has been some speculation that Dimon could be one of contenders for the Treasury Secretary spot, but the long-time banking boss has shot that down.

A spokesman for JPMorgan Chase pointed to what Dimon said at a New York Times online DealBook conference last week. “I love what I do, and I have never coveted the job ever” Dinon said when asked about whether he’d be interested in being Biden’s Treasury Secretary.