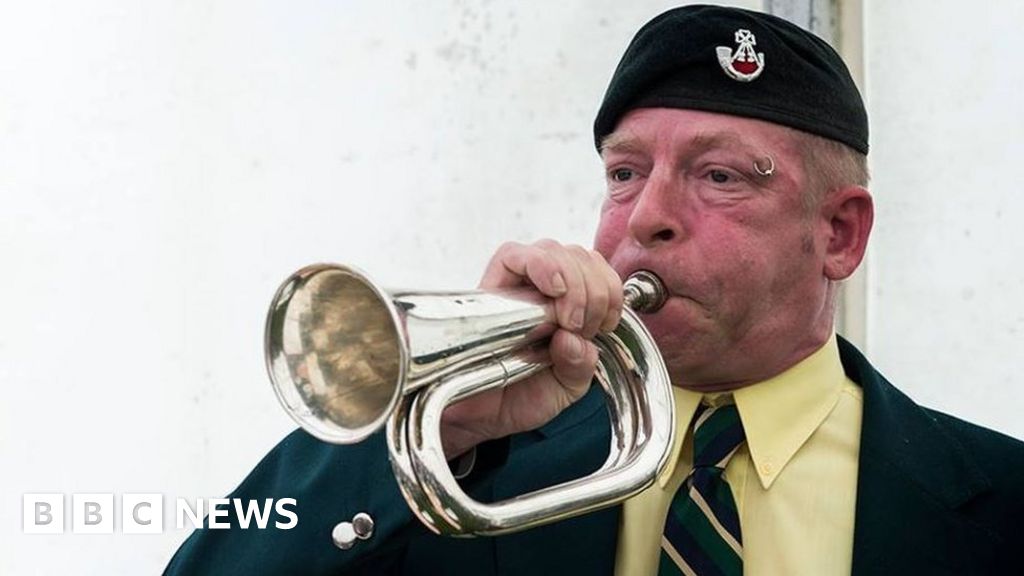 An Army veteran who has played the Last Post every night since lockdown began has vowed not to stop until there are no more coronavirus deaths in England.

Paul Goose, from South Yorkshire, began his nightly routine on 29 March and has so far kept it going for 130 days.

Each performance is live-streamed and dedicated to NHS staff, key workers and victims of the pandemic.

He said he hoped he had brought comfort to victims’ families and has pledged to keep playing “as long as it takes”.

The 52-year-old, who spent 10 years in the Light Infantry, said the daily renditions of the Last Post – a bugle call most commonly associated with military funerals – began following the death of his former regimental sergeant major.

He said the response to the first video, which has been viewed more than 3,000 times, prompted him to continue playing each night and from there he began receiving requests to dedicate performances to people who had lost friends or relatives to coronavirus.

“I hope it gives some comfort to the families of people who have passed away to Covid-19,” he said.

“It means a lot if I can give people that [and] I will carry on playing until there are no more deaths.

“I will play every night, it will take as long as it takes.”

The Last Post was first published in the 1790s and was just one of two dozen or so bugle calls sounded daily in British Army camps to regulate a soldier’s day.

It was used to let soldiers know the duty officer had completed his inspection of the sentry-posts and the camp was secure for the night.

But, from the 1850s onwards, it became customary for the regimental bugler to sound the Last Post over the grave of any soldier who died overseas, where often there was no other music available to accompany him on his final journey.

Over time the custom was adopted at home as well as abroad and by the time World War One broke out in 1914 it was routinely played at soldiers’ funerals.

The tune – which has gone from 45 seconds to 75 seconds – has also been played at the funerals of political leaders including Gandhi and Nelson Mandela.

Read more on The story of the Last Post

Mr Goose said he hoped his efforts, which have also helped raise £7,330 for the intensive care unit at Barnsley Hospital, would remind people that coronavirus had not gone away.

“I’m highlighting that it’s still there and it’s still a danger,” he said.

“People seem to have relaxed a bit about it and I don’t think they are taking it as seriously as they did, but it is still just as serious as it was before.

“If I can give them that warning then hopefully people will listen.”

Of his fundraising efforts he said he had only wanted to raise £500 so to have raised more than £7,000 was “absolutely brilliant”.

He said he had spoken to Guinness World Records about the feat and said the organisation had confirmed his unbroken run, when completed, would be a world record.

Jane Mills, charity development manager for Barnsley Hospital Charity, said: “We have said a big thank you to Paul. What he has done for our intensive care unit is absolutely amazing and it is one of our highest ever amounts for a Facebook fundraiser.

“We are very proud of what he has done for his local community.”