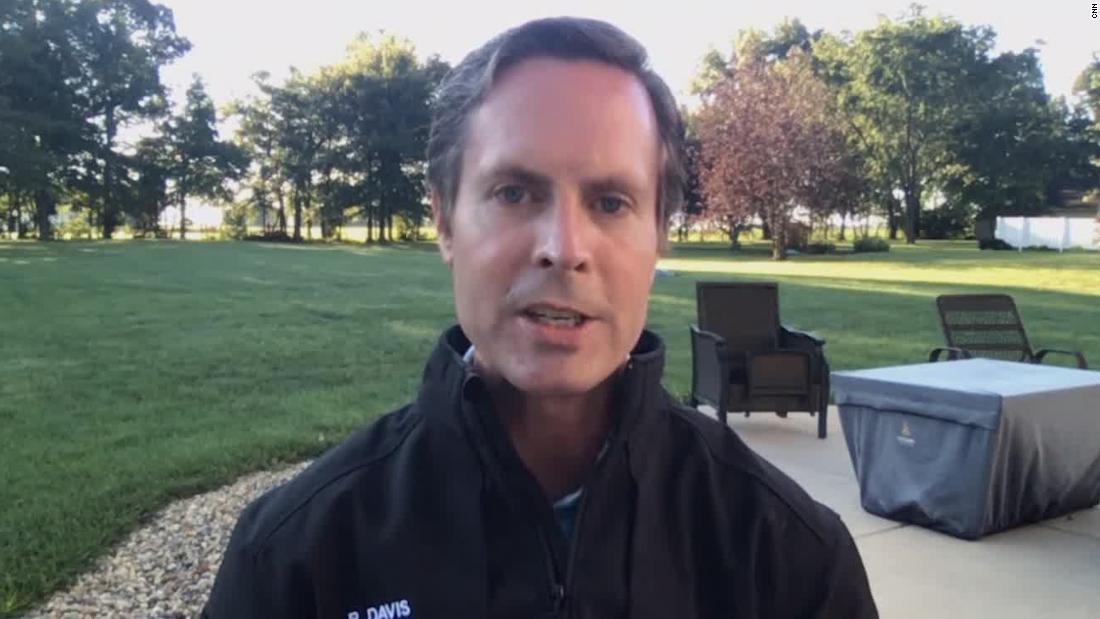 “Right now, on Capitol Hill, we don’t have any, and it’s a travesty,” Rep. Rodney Davis told CNN’s John Berman on “New Day.”

Davis announced his diagnosis on Wednesday, shortly after two other members of Congress — Republican Rep. Louie Gohmert of Texas and Democratic Rep. Raúl Grijalva of Arizona — revealed that they, too, tested positive. House Speaker Nancy Pelosi has since required all House members and aides to wear masks on the floor, but a growing number of lawmakers on both sides of the aisle, including Davis, are demanding further action and have been calling for a more robust testing regimen on Capitol Hill.

“I think it’s terrible. And ironically, Kevin McCarthy, our leader, and I and (Oklahoma Republican Rep.) Tom Cole have been trying to lead a charge to get the speaker of the House to identify where we can get testing modalities brought to Capitol Hill,” Davis said on “New Day,” adding that testing should not only be accessible to Congress members, but also to “the staff, the essential workers that are there on Capitol Hill,” and “the media who are covering the stories that are important to the nation. They deserve testing capabilities, too.”

Back in early May, Pelosi and Senate Majority Leader Mitch McConnell declined an offer from the Trump administration to have rapid testing system on Capitol Hill. At the time, Pelosi and McConnell cited the need to ramp up testing nationwide and “keep directing resources to the front-line facilities where they can do the most good the most quickly.”

Davis told Berman that he currently feels “great” but that a higher-than-usual temperature reading prompted him to get tested, which resulted in the positive diagnosis.

“I usually have a temperature of around 97 with the thermometer I use. Yesterday it was 99,” Davis said. “Because I had a bunch of public events planned over the next couple of days, I went ahead and went up to a rapid scan testing facility we have in our district, got tested and surprisingly, I tested positive.”

When asked where he might have caught the virus, Davis said his attending physician believes it was within 48 hours prior to his diagnosis, when Davis noted he was “doing open office hours with constituents in different communities throughout my district.” He said he took “all of the safety precautions during those days” that he could think of, but that the virus still managed to creep up on him.

The House has taken precautions to limit the spread of the virus, including instituting a form of remote voting for members who are unwilling or unable to travel. Members who are physically present now vote in alphabetical groups to limit how many people are on the House floor at the same time. Members have also adopted virtual meeting technology for many House hearings.

In light of Gohmert’s Covid-19 diagnosis last week, a handful of lawmakers are speaking out that they’d like to see leadership allow for a more robust testing regimen on Capitol Hill, especially as lawmakers are working to pass another stimulus bill.

“If a member is symptomatic, they’re getting a test. But Kate, we want to make sure that we’re not taking away from others, and we want to make sure it’s the efficient, effective thing to do for health reasons,” he said, adding, “we are looking at it very, very closely.”