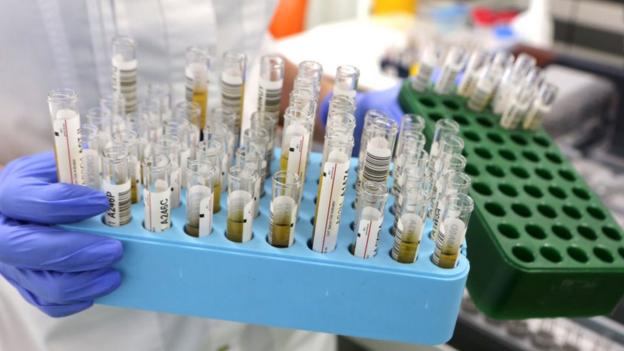 The organisation says it wants to put an “emphasis on athlete welfare” with more flexible sanctions.

That would include reducing bans for substances that are not taken to enhance performance but are considered indicative of wider societal issues.

Further reductions in sanctions may also be available to athletes.

Those reductions would be for those who complete an approved treatment programme and for prompt admission of an anti-doping rule violation.

In June Scottish runner Luke Traynor was suspended from sport for two years for cocaine use.

Meanwhile, Ukad’s new rules – which come into force in January – will enable longer bans to be given where there are “aggravating factors”, including athletes lying to investigators, being hostile to doping control officers and where multiple prohibited substances have been taken.

A new type of anti-doping rule violation will also come into force for people who discourage the reporting of information or retaliate against whistleblowers.

Ukad chief executive Nicole Sapstead said: “The UK Anti-Doping rules are the backbone of our mission to keep sport clean. They reflect the standards set out by Wada (the World Anti-Doping Agency) in the Code, to make sure that athletes across the world are held to the same high standards.

“We have developed the new rules to ensure that we are able to meet the latest challenges threatening clean sport, and that athletes and the public can have confidence in clean competition.”

Some elements of the new sanction mechanisms are still to be finalised, including around athletes currently serving bans who would be eligible for lesser punishments from next year.

During the coronavirus pandemic, Ukad’s testing programme has been significantly reduced.