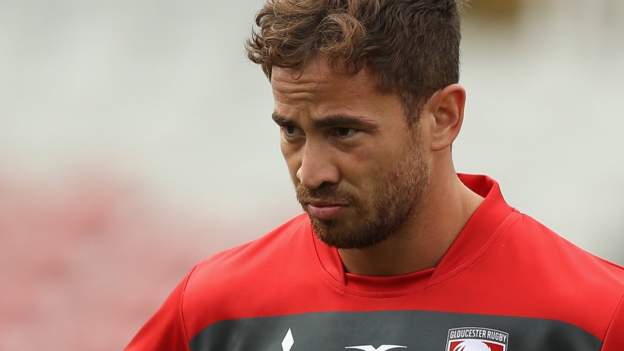 Gloucester and England stand-off Danny Cipriani has left the Premiership club with immediate effect after two and a half years at Kingsholm.

“After much deliberation I have decided to leave Gloucester,” said Cipriani.

“I have mixed emotions. I am sad to leave a great club, but I’m excited for the challenges I have ahead. I am so proud of what we have built together,” Cipriani, 33, added on Twitter.

It was reported at the time to be a three-year contract, which could have seen the 16-cap international end his career at Kingsholm.

But his departure will be part of the overhaul at Kingsholm which started during the coronavirus lockdown in the summer when director of rugby David Humphreys and head coach Johan Ackermann both departed, followed by the arrival of George Skivington as the Cherry and Whites’ new boss.

Gloucester said, in a statement, that they “would like to place on record our appreciation for Danny’s contribution during his time with us.”

Skivington added: “Danny has been playing at the top of his game for over a decade now. His reputation in the game is undisputed.

“It has been a pleasure to have been a part of Danny’s career at Gloucester and I wish him well for his next challenge.”

Cipriani has spent most of his club career in Premiership, starting with Wasps (2006-2010).

He then moved from Wasps to join Australian Super Rugby side Melbourne Rebels before returning to the Premiership with Sale in 2012.

He returned to the by then Coventry-based Wasps for a second time in 2016 before agreeing his move to Gloucester in 2018, since when he has scored 128 points in his 44 appearances.

He won the last of his 16 England caps in 2015, since when when he has been on coach Eddie Jones’ radar but had remained unused.